Vaccination, a hope for a healthy future

Vaccination, a hope for a healthy future

People all over the world are waiting for a vaccine effective against COVID-19. Vaccines have been around for a long time, and nearly everyone has been vaccinated at one time or another.  But do you know what a vaccine actually is?  Are they a type of drug? How are they created? Today we will get to know more about vaccines, and the hope of conquering COVID-19 and other diseases.

What is a vaccine?

Unlike medicine, vaccines contain the same pathogens (disease causing agents) that cause disease, but they have been either killed or weakened to the point that they don’t make you sick.  These weakened pathogens are injected into our bodies to stimulate our immune system into producing antibodies that will fight the targeted disease.  It may take weeks or months for our bodies to develop immunity.

Pathogens have been used to prevent disease for over a thousand years. However, it was only a few hundred years ago that humans began to grasp the biological concepts underpinning this method. Edward Anthony Jenner, a doctor working in rural England, is widely regarded as the father of vaccines.  Most of his patients were farmers working on cattle farms. A smallpox outbreak in 1788 was killing a lot of people.  Jenner observed that farm workers infected with cowpox came down with less serious symptoms than those infected with smallpox.He also observed that people who had cowpox were not infected with human smallpox.  Based on his assumption that patients with cowpox were resistant to human smallpox, he inoculated calf lymph into the wound of a child with smallpox. The child developed a low fever but soon recovered. He repeated the experiment with human smallpox, and the boy was free of the disease. His theory was validated, and he called this process “vaccination”.  The term vaccine is derived from the Latin word for cow, reflecting the origins of smallpox vaccination.  Jenner's experiment demonstrated that when a person contracted cowpox that could be transmitted to humans, the effects were not as extreme as those caused by human-to-human smallpox.  Through vaccination the human body’s immune system was developed to combat and kill similar pathogens in our bodies. History of vaccine use in Thailand

Vaccines were first used to prevent disease in Thailand during King Rama III's rule. In 1838 there was an outbreak of smallpox in the nation.  His Majesty King Rama III instructed royal doctors to apply lymph from infected people to healthy people in the same manner as it was done in China and India. The procedure, however, was not successful.  Meanwhile, after losing his daughter to smallpox, American missionary Dr. Dan Beach Bradley, who had been in the city since 1835, was determined to find a way to protect the Thai people from smallpox.  In 1839 he worked with royal doctors to successfully culture lymph from infected patients and used it to inoculate healthy patients.  In 1840, King Rama III gave orders to procure the vaccine from the United States to inoculate royal court officials and ordinary people.

Vaccines can be divided into three categories:

Toxoid vaccines use a toxin made by the pathogen that causes a disease to induce immunity, meaning that the immune response is targeted to the toxin instead of the pathogen. Examples of this include diphtheria or tetanus vaccines.

Live vaccines use a weakened (or attenuated) form of the pathogen that causes a disease to stimulate antibodies, as used in measles, mumps, rubella, chickenpox, shingles, and Japanese encephalitis (JE) vaccines.

These are vaccines made in whole or part from  a pathogen such as virus particles, bacteria, or other pathogens that have been inactivated or killed,  as used in  vaccines for hepatitis A and B, pertussis, influenza, and polio.

Vaccine production involves several stages, starting from generation of the antigen from microbes.  Microbes will be grown either on primary cells such as chicken eggs (e.g., for influenza) or on cell lines or cultured human cells (e.g., for Hepatitis B).  Bacteria against which the vaccines are developed may be grown in bioreactors, such as for Haemophilus influenzae type B.  After the antigen has been formed, it will be separated from the cells used in its formation, which in some cases may require a further purification process. Finally, the vaccine will be produced by adding various substances, such as adjuvants, stabilizers, and preservatives.  Adjuvants enhance the immune response time of the antigen. Stabilizers give the vaccine a longer storage life when combined with preservatives. The addition of such substances to vaccines requires standardization because there may be residues from the manufacturing process, such as antibiotics, egg proteins, or yeast proteins.  Even in small quantities residues can cause an allergic reaction, so these substances must be completely eliminated in the production process.  It is difficult to develop and produce combination vaccines due to the possibility of incompatibilities and interactions among the antigens and other ingredients of the vaccines. 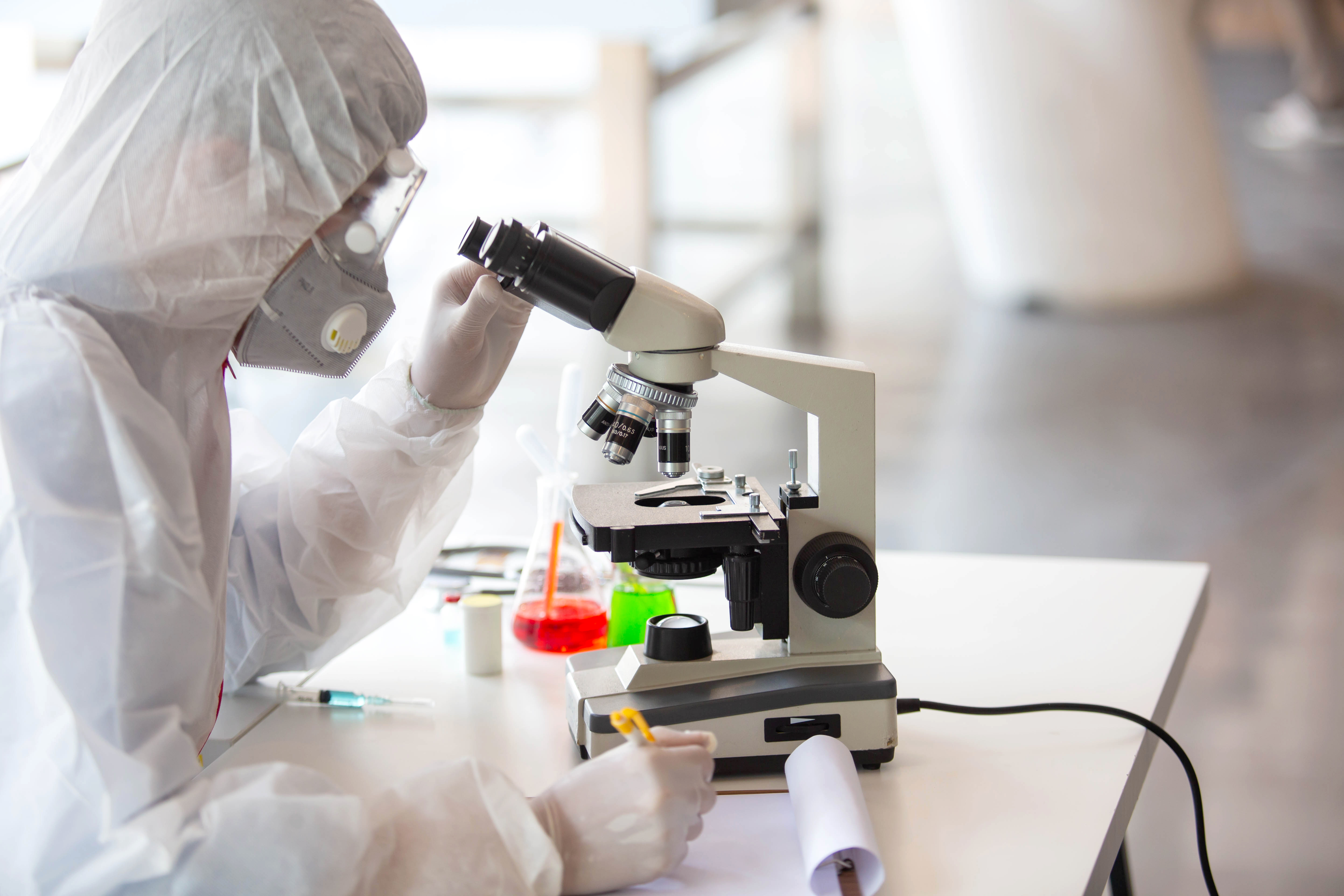 Based on the above information, the production of a vaccine is not an easy task and requires several stages of research and development to obtain a vaccine that is effective and will not cause allergic reactions.  More advanced technologies should help increase the efficacy of the COVID-19 vaccines.   With or without the vaccines, everyone should protect themselves and work to maintain their health, which can also prevent other infections, such as dengue fever that is also deadly.  To increase your peace of mind, having health insurance is a great option to tackle the uncertainty of life and to ensure that you have enough money to cover your medical bills.

Ready to buy at all SCB branches