Roll back the crisis that shook the global economy

Roll back the crisis that shook the global economy

The Global Health Crisis which led to the global economic crisis. Diseases that cause the whole world to shake until leading to change. Both in individual behavior, the overall change of society and, more importantly, the impact on the economy around the world. Since the tourism industry and related industries Including cancellation of flights, hotels, and activities, including production degradation in industries around the world that are under the Global Value Chain. Which will continue to affect both domestic and international trade and investment. People also must pay for the prevention of infection. Confined to the house, resulting in lack of income, until spread to the occurrence of stress and mental health problems followed. In addition, in the financial sector, it also affects the global stock market fall. Including many countries choosing to "close the country" which causes severe economic recession. But this is not the first crisis that destroys the global economy. Since the past 100 years, the world has experienced a trembling shaking of the global economy many times. Today, we will study the history, traces of global economic trauma as a reminder that Everything has going up and down. And to encourage me that How strong is a human being? But still able to stand strong every time. 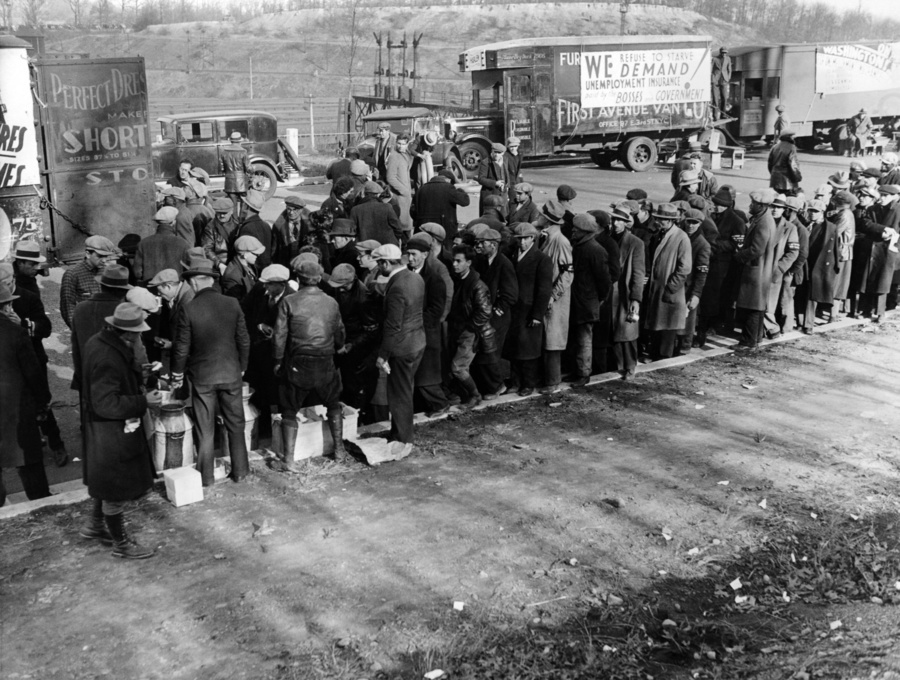 The Great Depression began in the United States in the 1930s, which is known to be a wide economic disaster. For a long time and one of the deepest destructions in the economy in the 20th century. The incident had triggered by the US stock market that had fallen heavily since September 4, 1929, becoming the worldwide news known as "Black Tuesday". During the years 1929-1932, global GDP fell by more than 15%, whether rich or poor countries were affected all over. Both people's income, tax revenue, business results, and the prices of the products were falling apart. International trading volume decreased by more than 50%.
The unemployment rate in the United States itself has risen to 23%, while some countries have unemployment as high as 33%. The country that has been heavily affected Will be a country that should lead to industrial systems for production and mining While agricultural countries are also affected by the price of agricultural products falling below 60%. The impact of The Great Depression stretched through to the beginning of World War II. 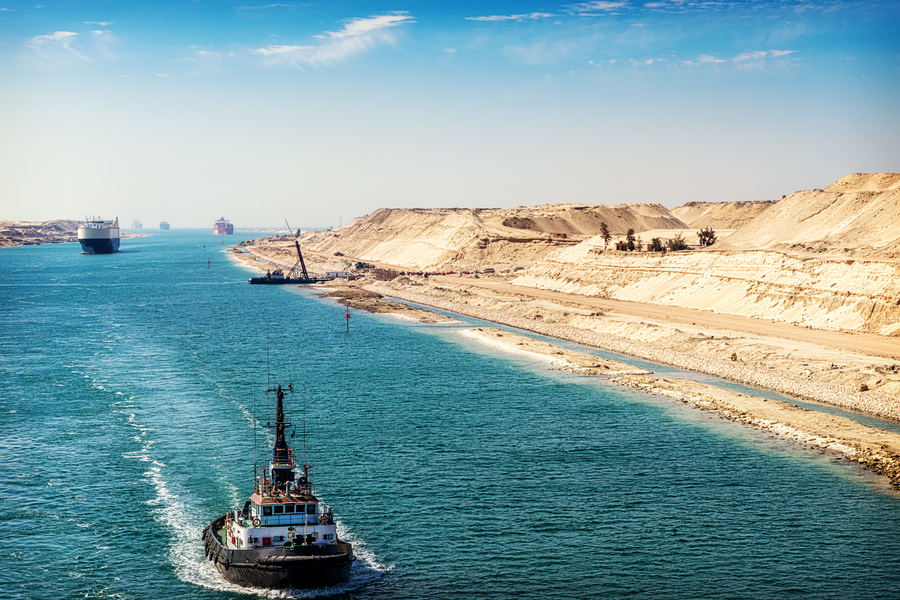 The Suez Canal connects the Mediterranean Sea and the Red Sea. The isthmus in Suez Egypt, which is the shortcut route for shipping from Europe to Asia. The Suez Crisis or the Second Israeli-Arab War Or another name is the Sinai war in Israel. Was an invasion of Egypt in late 1956 by Isara, followed by England and France. The aim is to control the west side of the Suez Canal and to dismiss the President of Egypt who said has the right to turn that canal to belong to the state. After the battle began All three countries who participated in the war received political pressure from the United States and the Soviet Union. Including the United Nations. Until leading to the withdrawal by all three invaders. It is a great shame for the United Kingdom and France. Although allies of the three countries have achieved military goals, the canal has become unusable. US President Eisenhower warned England that it shouldn't be compromised and threatens to seriously damage the British financial system by selling off the pound sterling held by the United States. England faced heavy currency fluctuations from currency gainers. At that time, the pound against the US dollar was at 2.80. But volatility made it hard to keep the currency at that level until it needed to ask for help from the United States for $ 1.3 billion to support the pound. France also suffered from currency fluctuations and had to borrow $ 263.5 million from the United States to maintain economic stability. Egypt must borrow twice from the IMF. Israel joins the IMF and must borrow to maintain economic stability as well. After this war, the British superpowers have decreased from tier 1 to tier 2.

The international debt crisis was formed on 20 August 1982 and lasted until 1989. Affecting over 20 countries around the world. In Eastern Europe, the countries that were heavily affected were Poland, Roman, Catalonia, Hungary, Yugoslavia. As for other countries, the most affected are Latin American countries. The cause of the crisis occurred in the 1960s-1970s when Latin American countries, such as Brazil, Argentina, and Mexico, have borrowed large amounts of money from International creditors or private banks. Which at that time had an enormous amount of money to borrow and low interest Due to receiving large deposits from the oil-exporting countries. Therefore, lend cheap interest to developing countries because they saw the potential and the economy was growing, both Eastern European countries and Latin American countries. Most of them request loans for industrial development projects and various utility construction projects. Because at that time, these developing countries had economic growth in an uptrend. Private banks, therefore, lend with pleasure. In which many countries use loans up to 12% of the national income. In truth, developing countries usually borrow money from international organizations, such as the World Bank or the IMF, and do not borrow from private creditors. Mexico uses future oil revenue as a loan in US dollars. But the results show that the price of oil has plummeted, along with the economy of Mexico that plummeted into the abyss. Between 1975 and 1982, the debt of private banks from Latin American countries increased to 20% of the total debt. Which has a debt value of up to US $ 75 billion and increased to $ 315 billion in 1975. In 1983, debt accounts for up to 50% of the region's GDP. And in the end, these countries announced that they had no money to repay the loan Which resulted in a prolonged debt problem until 1989 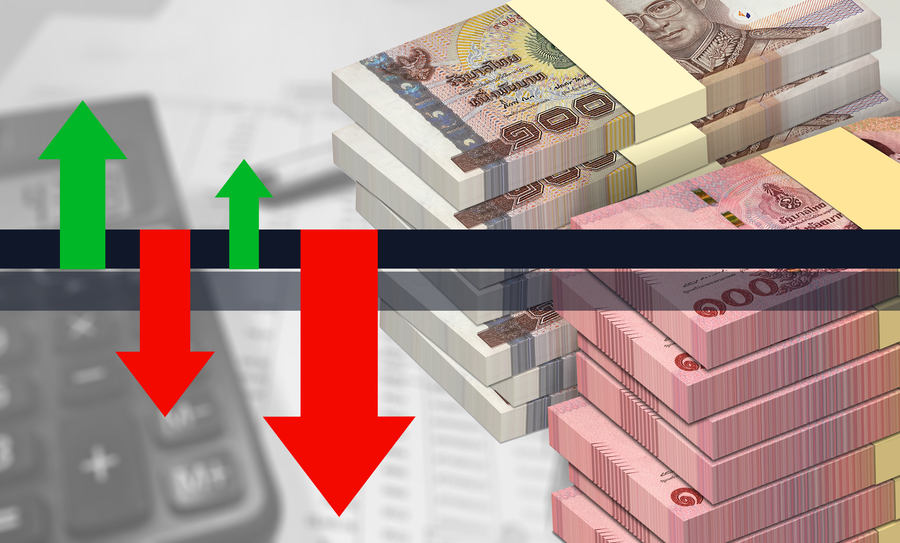 This crisis has a big impact on the countries of East Asia and Southeast Asia and causing concern for the whole world that the economy was going down. The beginning of the crisis occurred in Thailand or better known as "Tom Yum Kung" The incident began on July 2, 1997, when the Thai government was forced to float the baht because the country lacked other currency reserves, especially US dollars in order to support the baht. Which causes immediate economic impacts. In fact, before the floating of the baht, The Thai government already has a lot of foreign debt. The impact of Thailand expanding into Southeast Asia and East Asia. That must face the currency slump including the stock market that plummeted abyss and higher household debt. The most affected country is Thailand. Indonesia and South Korea While Hong Kong, Laos, Malaysia, and the Philippines were also injured. While Brunei, China, Singapore, Taiwan, and Vietnam are less affected. For Japan, although not much affected, it was affected because the whole world lacked confidence in all the countries in this region. ASEAN countries have debt-to-GDP rates from 100% to 167% and up to 180% during the peak of the crisis. 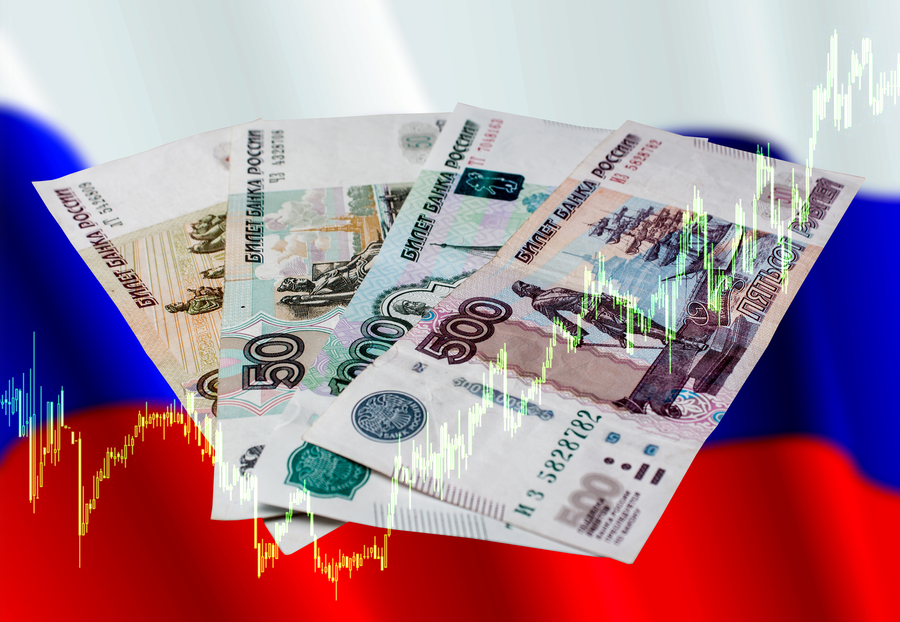 The Russian financial crisis, also known as the Ruble currency crisis, that struck Russia heavily. The event started on 17 August 1998. The government and the Russian Central Bank announced the ruble devaluation. As some Russian oil companies are blocked from paying debts in rubles. Causing to have to exchange rubles for US dollars or other currencies Because before the ruble was very expensive compared to other currencies. Another reason that caused the crisis was that the country's annual debt-to-budget ratio increased because of the Chechya War, which has reached $ 5.5 billion. The crisis has affected many neighboring countries. On 12 May 1998, miners protested that they were not paid and closed the railway Trans-Siberian line. Which the wage debt that is not paid for workers is as high as $ 12.5 billion. On July 13, 1998, the IMF and World Bank approved a $ 22.6 billion loan with Russia to recover the economy. In July 1998, the interest in Russian monthly loans increased to 40%, which is even higher than the tax collected by the country. 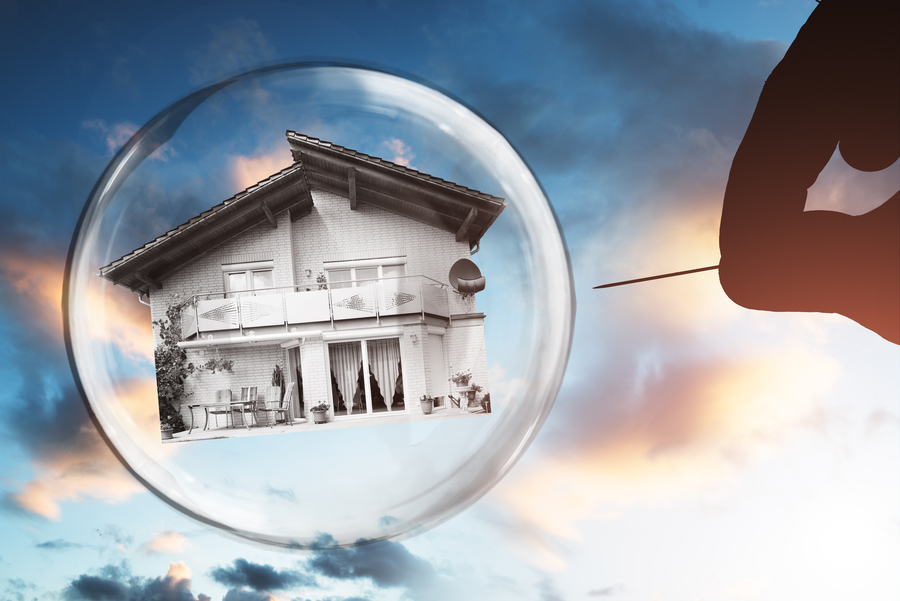 The Great Recession is a period of global economic downturn between 2007-2009. The severity of the crisis varies from country to country. The IMF said the GREAT RECESSION has been one of the worst economic losses since The Great Depression in 1932. There were many common factors that led to a GREAT RECESSION, but the main event that triggered the bomb was the housing bubble in the United States during 2005-2006. Causing the real estate prices in America to drop dramatically and many home loan receivables abandoned the house and stopped paying home installments because the value of the loan is much higher than the price of the house at that time. Causing massive amounts of bad debts Also known as the subprime mortgage crisis. US GPD decreased by 4%, resulting in a decreased ability of Americans to consume and that affected the global economy. Resulting in global GDP growth down from 5% in 2007 to 2% in 2009. The IMF estimates that bad debts of financial institutions around the world are at theUS $ 15 billion, oil prices fall by more than 50%. The situation stretches until 2009 and affects the global economy. 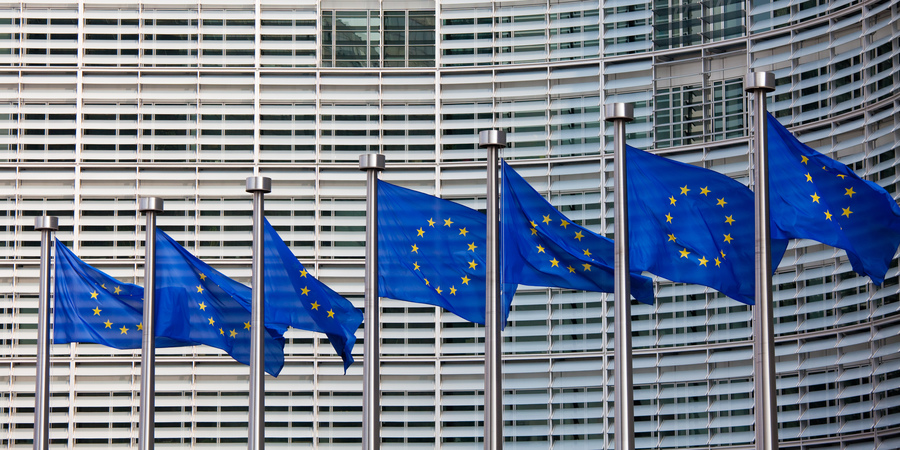 European public debt crisis Occurred at the end of 2009, a long-standing debt crisis in EU member states. Many countries include Greece, Portugal, Ireland, Spain, and Cyprus. These countries could not repay the debt that the government created or created new debt to repay the old debt without the help of external parties such as the European Monetary Fund (EFSF), the European Central Bank (ECB) and the IMF. Fear of a public debt crisis Started among investors This is a result of the increase in debt levels in the private and public sectors around the world. The causes of the crisis vary across countries. In many countries, liabilities are caused by the transfer of private debt from real estate bubbles to public debt. By providing financial assistance to the banking system to slow the economy after the government bubble burst. The structure of the European Union That is a financial union (Single currency) without the Finance Union (Tax rules and public pensions are different). Contributed to the crisis and making European leaders unable to solve problems. In Greece, there were many homeless people standing in a line waiting to receive food. Many seniors waiting for pensions commit suicide or sick but unable to receive treatment or even receive medication. Many stores must close. Young people under 25 are unemployed. All due to the enormous amount of public debt. The country's budget depends entirely on borrowing. Which is caused by the failed state administration Business weakness and high inflation. As for other countries, such as Portugal, before joining the EU, they had low per capita incomes. When joining the EU, they began to borrow and spend more. And is another country in Europe that has the highest public debt and household debt.

From the example of the global economic crisis, uncertainty is a certainty. And financial discipline, not creating indebtedness is an important issue. As a small citizen also, what we can do is to make and save. Discipline in spending and know to invest appropriately. Began to make financial plans and start investing to build stability and prosperity from today. SCB has a variety of investment products. Which can be chosen in accordance with the financial goals and acceptable risk levels Interested in investing for money to grow Can learn more at https://www.scb.co.th/en/personal-banking/stories.html