The condition of a fish that tries to survive in a dry pond can be easily understood by a young man in his late 20s. This is because when he started his business, he was no different from that fish. He had to do anything to ensure that he survives in this career that will earn him enough to support his family and employees. But, for beginners, he suffered tremendously.

The eldest son who seeks his own path

Kulawachara Bhurichayawarodom or Paul started his career as an office worker. He got married, quitted his job and took over his family business, a rice mill, as the eldest son of the family. However, the longer he worked, the clearer he knows that he does not like it. One day, he questioned himself on what he likes and what kind of job he wants to do to support his family. He eventually got an answer. He likes retail business and he wants to make it great with branches all over the world like McDonald’s. From that moment, he promised to himself that he will make his business a “Food Retail Chain!”

When the model is McDonald’s, Paul thought of a simple dish that he likes to eat when he was studying in America, beef rice. It is a simple Japanese-style dish that was still not widespread in Thailand at that time. That menu had become the first-ever product of “ChouNan”, a food business with the meaning of “the eldest son”. 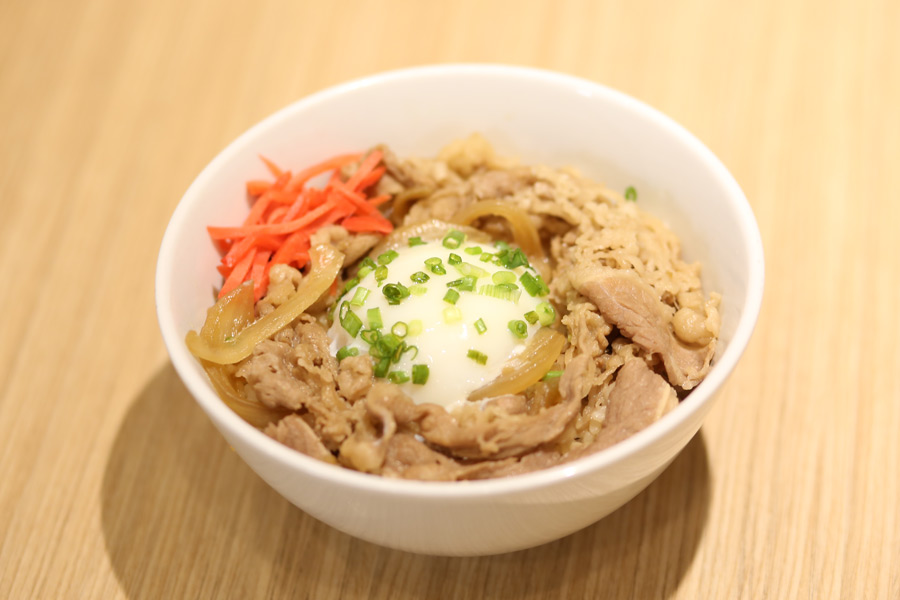 A brave heart, but not enough to triumph

Paul started to make his way into the market by opening a stall selling beef rice and onsen egg in the Japanese Food Festival in Siam Paragon. The feedback was positive that he decided to open the first restaurant at Sukhumvit 24 with Japanese customers as his target group. Unfortunately, things do not go according to plan. Problems came marching in from every direction as well as an increasing tension in the political situations. His target group, Japanese customers, moved back to their country. He was also filed on his rental issue. Some of the days, the total income was not reached a hundred baht and this amount was not even enough to pay for the staff’s salary and rental fees. He was just like a fish in the dry pond, gasping for air and tried his best to survive. He accepted delivery orders, opened a stall in companies, condominiums, events, or closed his restaurant to do the private party in hope that the situation will get better.

The rainbow after the storm

In the beginning, he faced a big problem that he almost gave up. But, ultimately, he decided to fight another round to make his business survives and his employees to stay employed. And the day he was patiently waiting for arrived, he received the good news that there was an empty store in Central Ladprao Mall that he could open his restaurant. It was like a shower of rain on a fish in the dry pond. Paul did not hesitate to grab the opportunity.

On the first day of opening, half of the employees wanted to resign! Paul’s path on his business is full of thorns, but not only does he not give up, but he also has an effective way to deal with the problems. Paul makes use of the Fishbone Diagram to analyze the problems. Looking at problems like looking at the fishbone. Let us assume that the problem is on the head of the fish and we branch the causes out on the fishbone. For example, the problem of slow order served could be caused by people, processes, equipment, technology, etc. When the big fishbone is completed, other smaller fishbones can come about to analyze the causes further. For example, if the problem is caused by people, in what way could people cause the problem? It could be that people are not familiar with the work, there is not enough people or these people are new. Then all possible causes will be weighed to decide which cause is the most severe and it will be solved first. If all problems are to mix together, there is no way a solution can be found.

During the time of expanding branches, Paul found out that his product had not really appealed to all groups of customers. He had to find insight to meticulously link to localization. Despite being in the same mall, if the store is located at different stories, the target customers are different. For example, if the target group is family, the store will have to offer a set menu. If the target group is urban people, the dishes have to be fast to serve and fast to be consumed with rice. Also, the strategy has to be thought of as how to make customers come back for the food more frequently. 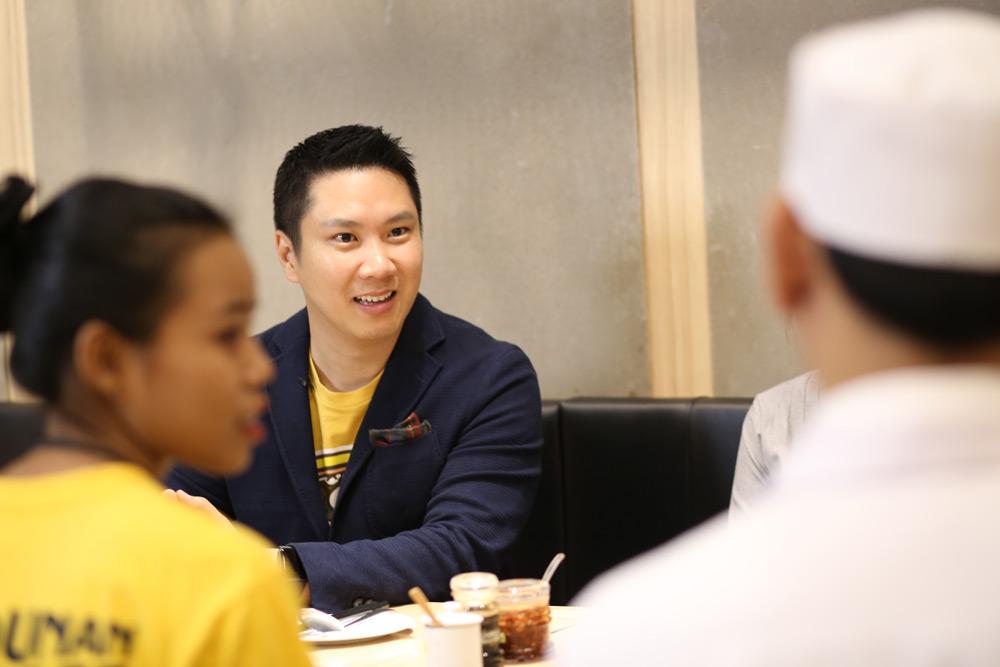 For customers to be happy, staff have to, first, be happy

People are the main factor in the food industry. Paul, thus, gives importance to human development such as training and scholarship, so that all the staff will develop together. “Many staff have an opportunity to work and receive a scholarship at the same time. When they graduated, they will become an important source of the power of ChouNan.” Paul’s concern covers all the way to the lifestyle of his staff. For example, a campaign to support debt-free life by start saving. Paul does all these with a belief that “when the staff is happy, happiness will be passed to their fellow colleagues, seeped through their work and felt by their customers.”


Every life in ChouNan knows what is going on in the business. They know the total turnover, profit, and loss in every month. The benefit of this is that everyone will come together to improve the business. When there is an increase in income, the welfare of the staff will be increased. There is a provident fund, life insurance, and off-days on special occasions for staff. Paul told us that “Everything that we need, our staff need to have. When we see the value in our people, they will put the value in our work.” The lessons to be told 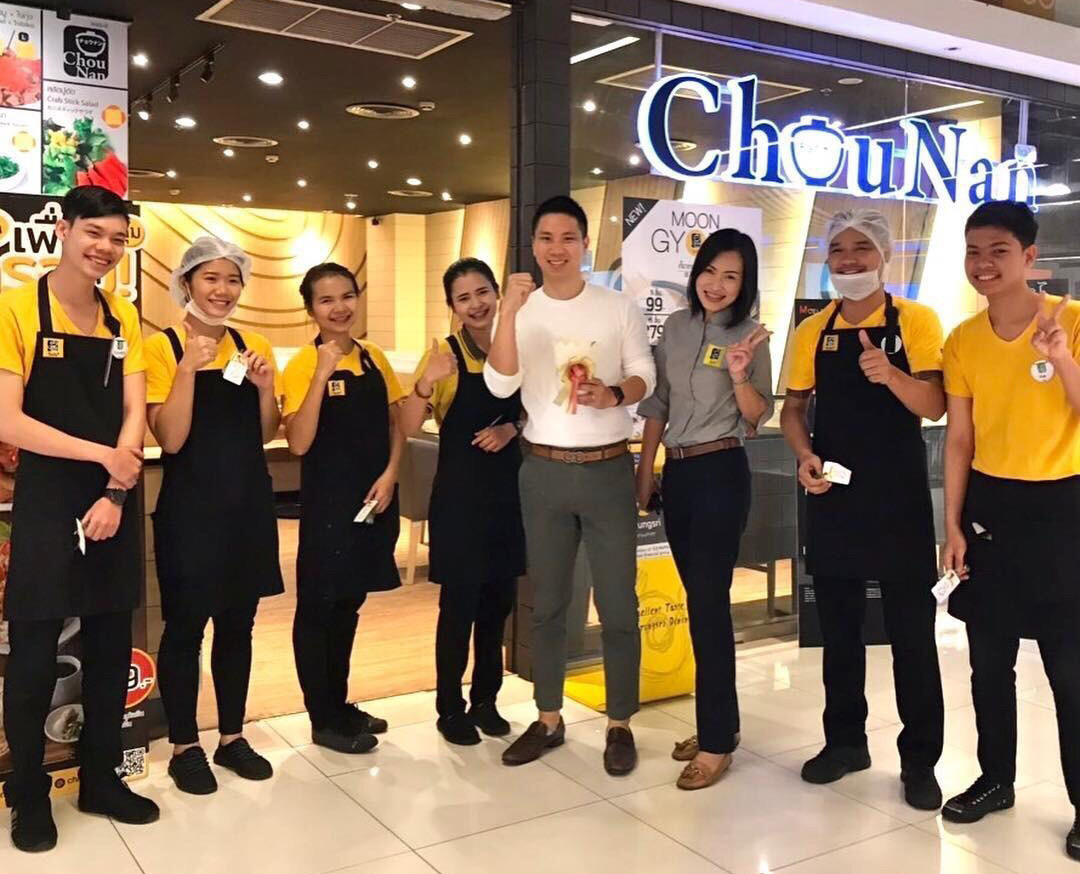 Think big and let us achieve it together

Paul came as one of the mentors of SCB SME because he wants to share his experience by trial and error for anyone who wants to start their food business to take as a case study. Paul feels that helping other SME businesses like his will establish a community that everyone will benefit from. This will allow SME businesses to have the power to negotiate. He also looks at the expansion into overseas markets that will open up job opportunities with the opening of the factory. There is also a supply chain and value chain to expand the business and everybody will benefit together. 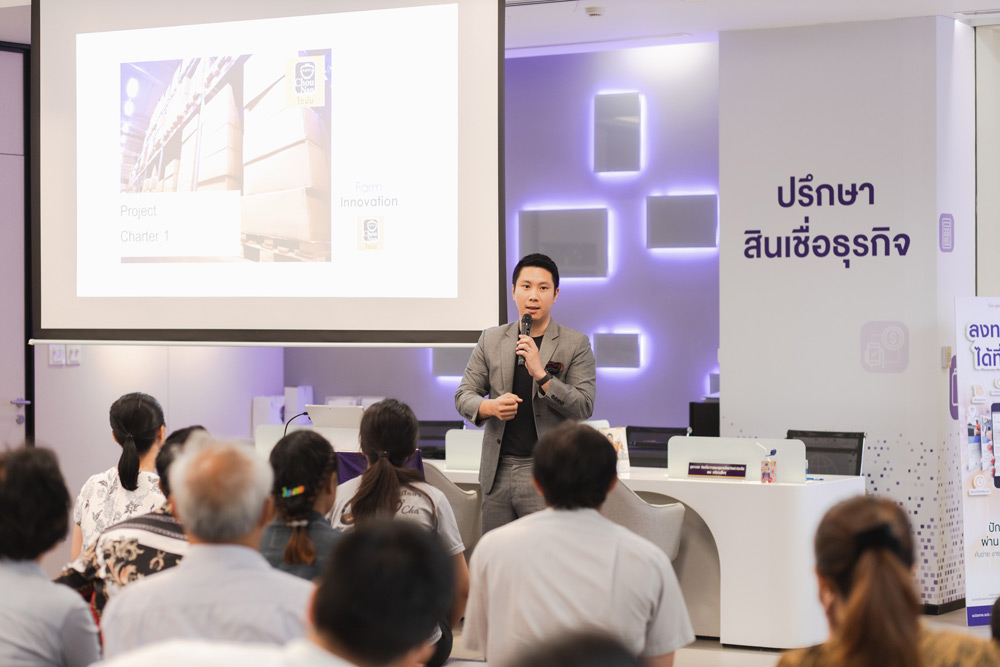 Becoming a part of SCB SME, Paul gets a chance to know about different tools offered by the bank that is beneficial for entrepreneurs to do business which are Business Loans, SCB Payment Gateway or SCB Business Centre that is a center of tools, finance, knowledge, suppliers and community network for business.

Nowadays, “ChouNan” expands to almost 20 branches, located in major malls with a business information management system through SCB Business Anywhere, and pay salary to the staff automatically through SCB Payroll. Apart from that, Paul is now expanding the new food business that is both a premium brand and a kiosk model and expresses model. His next target is to expand the business to America because Paul believes that “We have to think big. The further we can go, the more our staff can grow.”

Make food business as easy as a pro