Many businesses are struggling to weather various hardships during the pandemic, so sometimes in addition to working hard, you may need to boost your morale and pray for luck and prosperity.

If you need a boost to your morale, here is information about nine interesting places of worship in the Greater Mekong Subregion countries: Cambodia, Laos, Myanmar, and Vietnam – destinations for international businesses looking for investment opportunities in the Southeast Asia region – and where you can pray for smooth and prosperous business. 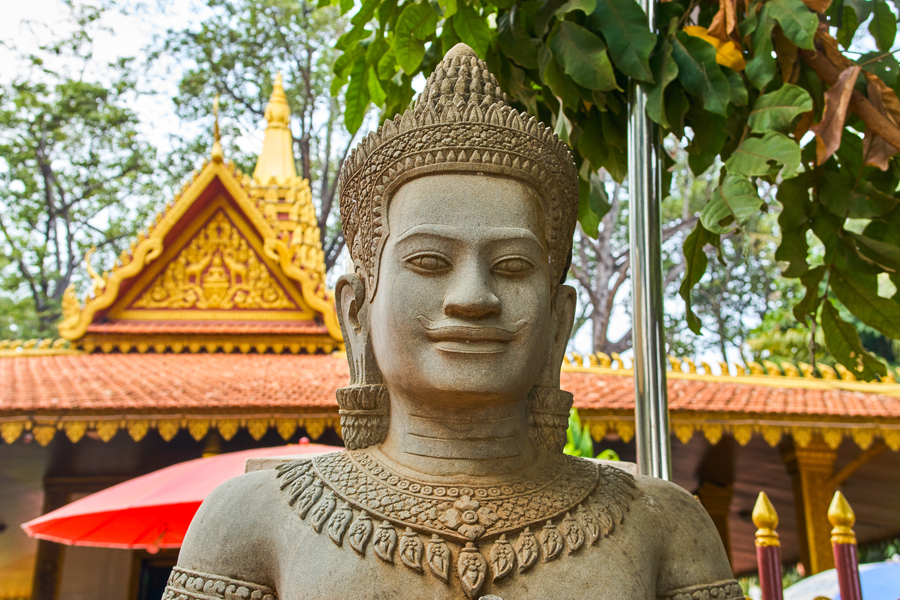 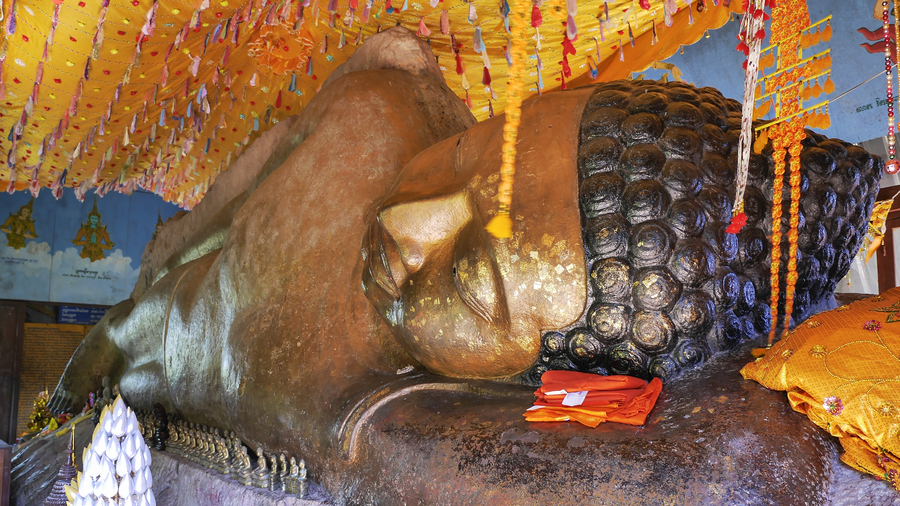 Wat Preah Ang Thom is located at the top of Phnom Kulen, the highest mountain in Siem Reap and a holy mountain in Cambodia. Phnom Kulen is known to host ancient quarries where sandstone blocks were extracted to build the Angkor Wat complex. During the reigns of Srey Sokunboth and King Ang Chan I people saw mysterious lights at the top of Phnom Kulen, and a survey team discovered a large stone on a cliff there. With faith, people joined hands in carving the stone into the Preah Ang Thom reclining Buddha statue and maintained the stone as the base. The reclining Buddha statue is almost a thousand years old now. Wat Preah Ang Thom assembly hall was later built to provide shade for the Buddha statue. Visitors have to climb a 10-meter flight of stairs to worship Preah Ang Thom. Wat Preah Ang Thom is a must destination for faithful prominent figures, business people, and others in Cambodia. 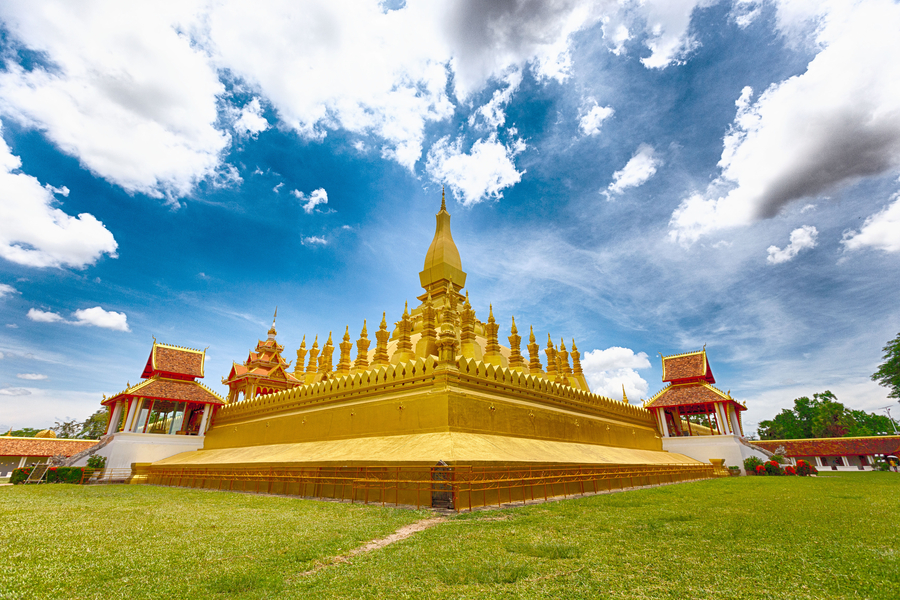 Built during the reign of King Setthathirath of the Kingdom of Lan Xang, Vientiane’s heritage Buddhist monument is 45 meters tall, with layered levels like a lotus bud and golden walls around the compound. Pha That Luang is the center of faith among Lao people, especially during the 3-day “Boun That Luang" festival, which is held every year during the full moon of the twelfth lunar month, usually held in November. It is believed that praying at Pha That Luang will make all your wishes come true. 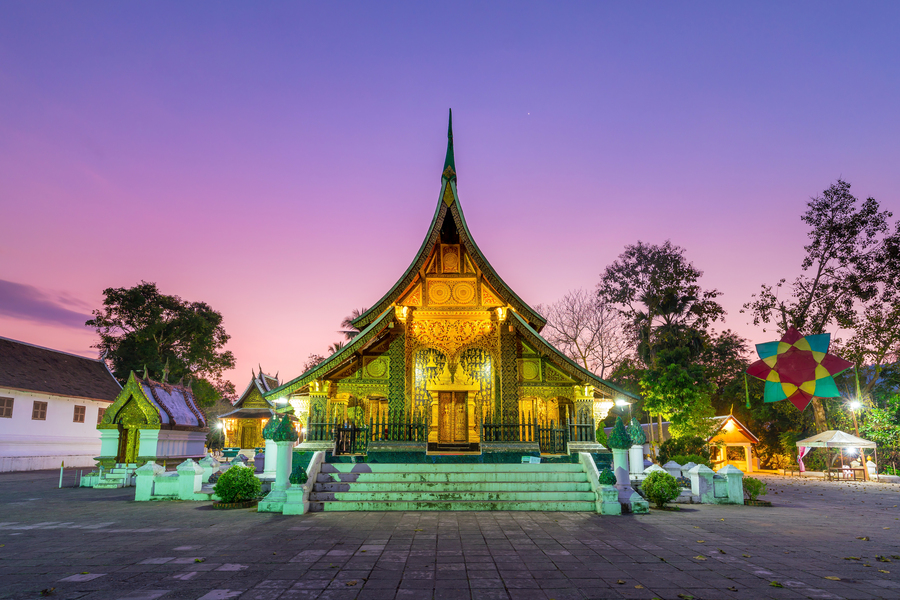 Wat Xieng Thong in Luang Prabang is a precious world heritage site built during the reign of King Setthathirath of the Kingdom of Lan Xang before the relocation of the capital to Vientiane. Situated on a bank of the Mekong river, it was a city gate temple with a pier to welcome the king’s royal barge procession. Wat Xieng Thong is praised by archeologists as the ultimate “jewel of Lan Xang architectural style” in Laos. Wat Xieng Thong was spared during the Black Flag Haw raid of Luang Phrabang in 1885, and all the architectural features were left intact. Wat Xieng Thong is highly revered as a sacred temple where visitors pay homage for an auspicious life. 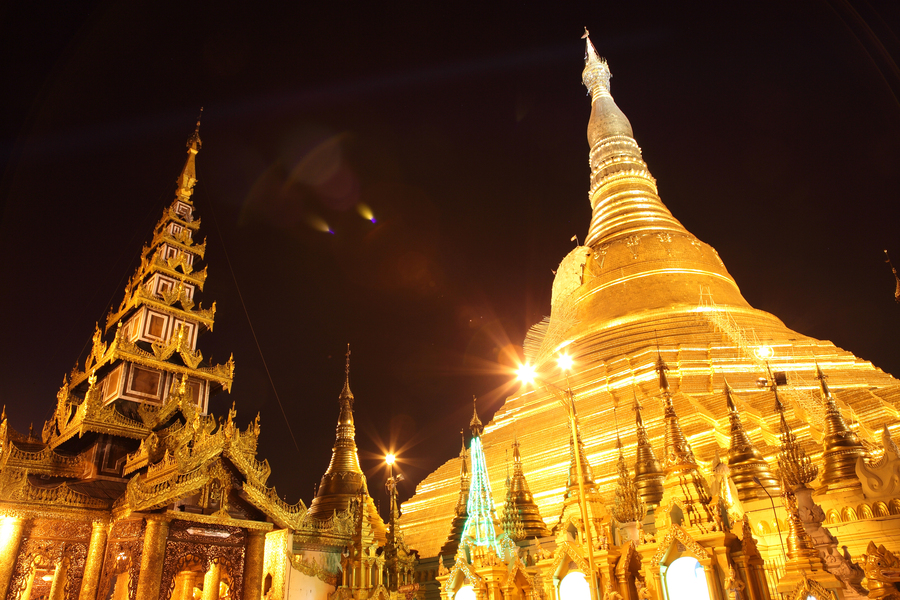 Among the world’s oldest pagodas, Shwedagon Pagoda is located on Singuttara Hill in Yangon and dates back over 2,500 years. “Shwe” means gold and “Dagon” was a former name of Yangon. The story goes that two Mon merchant brothers met the Gautama Buddha during his lifetime and received eight strands of the Buddha's hair, which are housed at this Buddhist monument. Having gained height through conservation and restorations, the pagoda is now 99-meters tall and embellished with precious stones, including 5,448 diamonds, 2,327 rubies, and a 76-carat diamond at the very top. 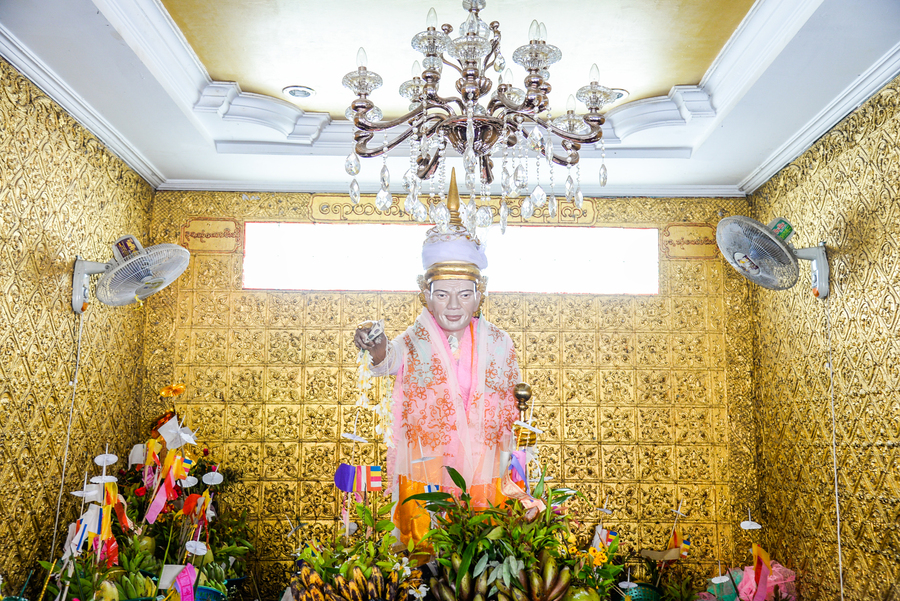 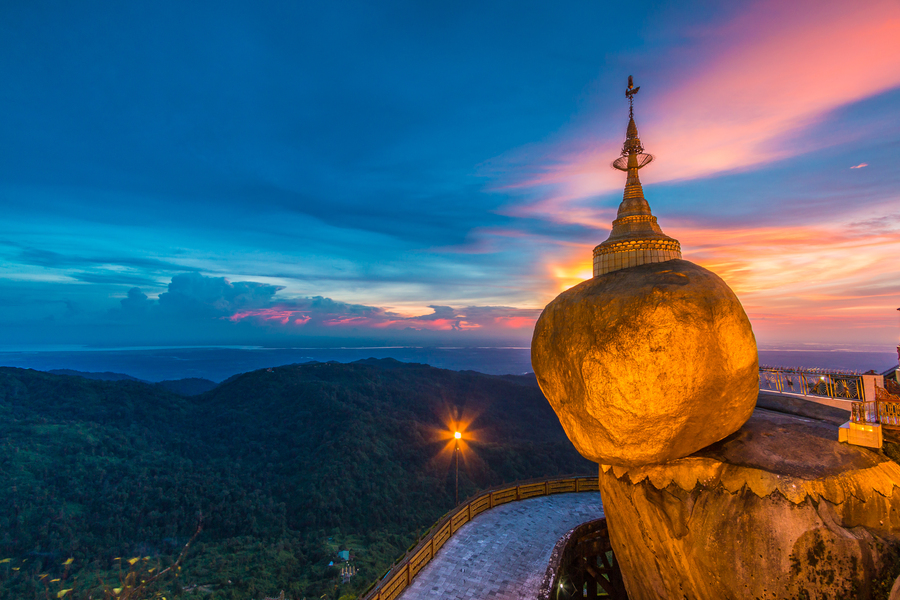 Kyaiktiyo Pagoda is located over the 5.5 meter-tall Golden Rock perched on a cliff and seeming to defy gravity. As legend has it, the Indra Deva (deity) hanged the Golden Rock here at a devoted hermit’s wish for a place to house two strands of the Buddha's hair after he left this world. The pagoda is a well-known Buddhist pilgrimage site in Mon State and a pagoda of worship for those born in the years of the Dog according to a common belief shared among Mon and Lanna people across Mon State in Myanmar and Northern Thailand. Pilgrims visiting the pagoda are believed to be blessed with great merit and will be born again in the peaceful and prosperous era of Maitreya, a future Buddha of this world, as the pagoda is a replica of the pagoda of the Trāyastriṃśa heaven. Pilgrims paying homage to Kyaiktiyo Pagoda three times are believed to be blessed with happiness and prosperity and all their wishes will come true. 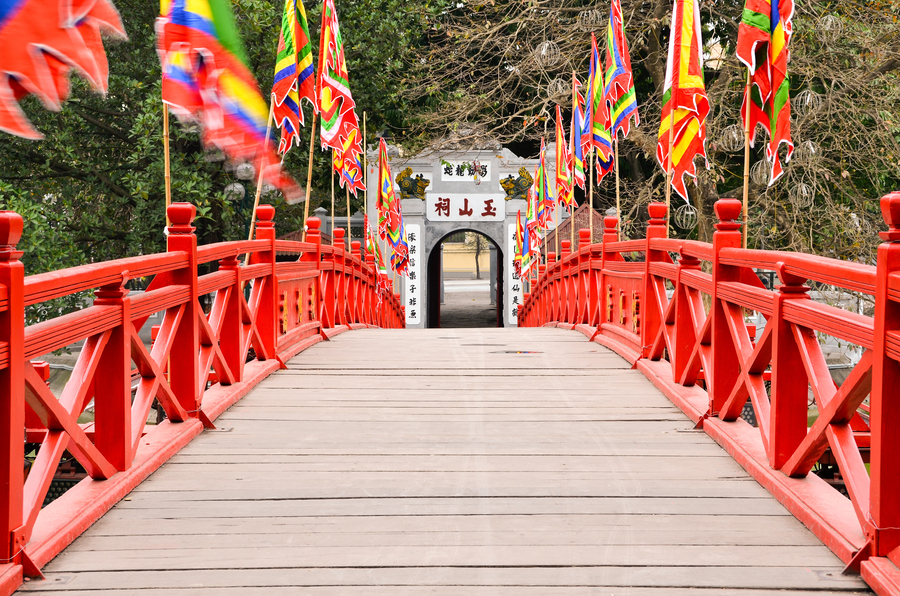 Ngoc Son Temple, also known as the Temple of the Jade Mount, is located on a Jade Islet in Hoàn Kiếm Lake or the Lake of the Returned Sword, central Hanoi. Inside the temple, there is a pagoda called Thap. Its shape is similar to a Chinese calligraphy brush with its base called Dai Nghien (ink slab) led to the assumption that the temple – with its symbol of a brush and ink slab – served the same purpose as the Temple of Literature, which was relocated to Hue. Ngoc Son Temple is famous for its beautiful landscape. From the lakeshore, the red Welcoming Morning Sunlight Bridge (Cầu Thê Húc) leads to the islet. The bridge is a popular photo spot for tourists. Thien Hau Temple, or the temple of the “Empress of Heaven” is a Chinese-style temple of the Chinese Goddess of Sea in Ho Chi Minh’s Chinatown that is over 300 years old. As the temple’s name suggests, the Goddess of the Sea image here is worshipped by fishermen and seafarers. The temple features beautiful ancient Chinese architecture. An interesting thing about this temple is incense burned to worship Guanyin can burn as long as seven days.

Worshipping helps boost morale and is believed to bring luck and prosperity. Once you have peace of mind, don’t forget that you have to carry on with strong determination to achieve your business goals. This morale boost will help you get through hardship along the way to success and help you find hidden opportunities during crises.

SCB has overseas branches in Cambodia, Laos, Myanmar, and Vietnam (CLMV) ready at your service if you are interested in doing business in the Greater Mekong Subregion (GMS). For more information, please visit https://www.scb.co.th/en/corporate-banking/international-network.html

To make your overseas business uninterrupted SCB's international branch network is ready to support and provide services. We walk with you with globally connected financial services.