Partnership: The growth path of the Tech Company

Partnership: The growth path of the Tech Company 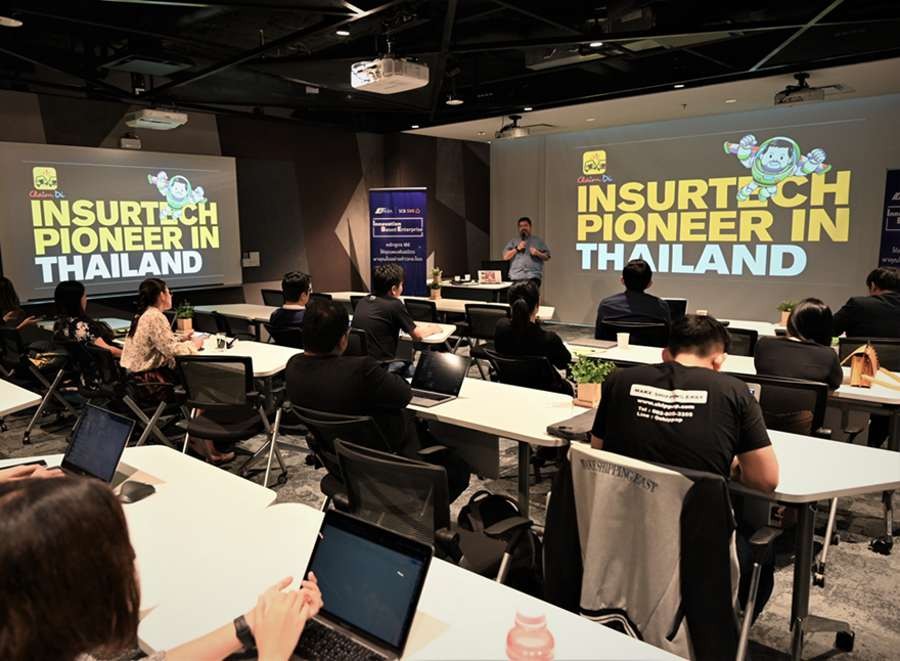 Turning from SME to becoming a Tech Company

Khun Kittinan tells about the background of the critically acclaimed experience in the business world that began with the dotcom era twenty years ago. Through the laundry delivery business until reaching the business of developing programs and applications. Like the insurance claim system via mobile Known as "Come quickly, claim quickly" with customers are many insurance companies. Slip system for water supply, Anywhere to queue system, queue management system and Anywhere ER, ambulance management system in the Bangkok Hospital network, etc. 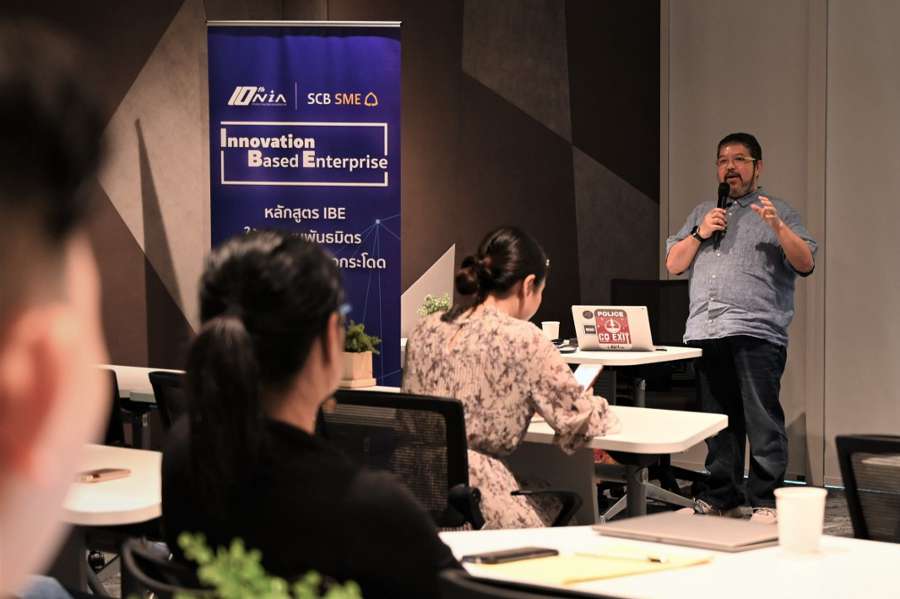 "In the business world that big fish eat small fish in order to kill big fish, it must be 'quick fish'. Khun Kittinan spoke about the idea of ​​changing himself by joining the Telecom Grooming Company in 2014. Which made him completely change the perspective of doing business. "Previously, my SME business model was to sell systems to customers. Ecosystems were just my company and clients. Seller and buyer, only 2 parties. But for the Tech Company Ecosystem business model, there is more than that. In the car insurance business that I do the system of insurance companies ranges from government, marketing, management, board department, policy department, surveyor, accounting and customer service. I changed my view from just selling the program to him but doing the job. That makes the customer understand and visualize a new ecosystem. There are many people involved. The Tech Company model is to make money from the ecosystem of that business.

Apart from the concept of an ecosystem, the difference between SME and Tech Company is the Partnership. Entrepreneurs can look for new partners. That is different to be a business bond and making more money. 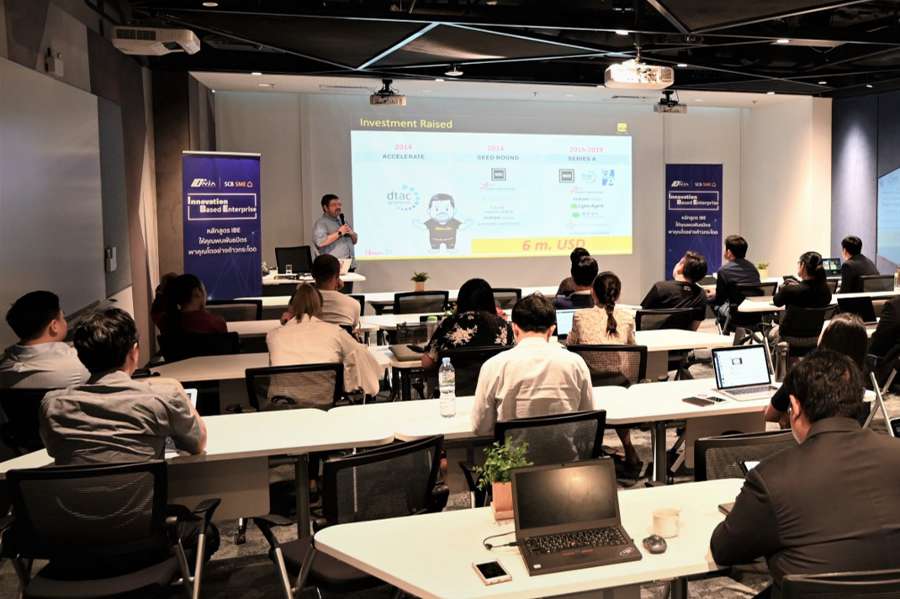 Who are the Tech Company Partnership?

For every App Claim Di is a partner from Investor from Telecom Company which is the first partner. The surveyor company is the second partner. Until now, the Claim Di, I Claim, police I left you apps. That Khun Kittinan Pattana becomes a partner with the police. Insurance companies nationwide and Bangkok Hospital Network. And has expanded to make alliances with insurance companies in Nigeria And Singapore as well. And a key partner to make the Claim Di app known to consumers is LINE. Claim Di will be on the Line Service platform to over 44 million users.

Everyone is a partner. We didn't take money from him. But taking money from the ecosystem. " Khun Kittinan emphasized that "Every Tech Company is SME, but every SME is not a Tech Company. If you do not aim to raise funds, you are an SME, not a Tech Company. " Fundraising doesn't just mean funding. But being an affiliate with him, we get his power. His territory is considered a Strategic Investor. "

Kittinan Summed up the Tech Company partnership that depends on the life stage. In the early stage, entrepreneurs would like to manage their own business practices. We will want to spend money as capital only. Later, at the Seed Round / Series a period where the business expanded to a certain point must have a partner to share resources to help grow the business. Then enter the Growth Stage (after Series A onwards) at the CVC (Corporate Venture Capital) from large companies to invest in the Tech Company. Kittinan views that the Tech Company has not reached the Growth Stage. And having a joint venture with CVC is likely to be dominated by large companies 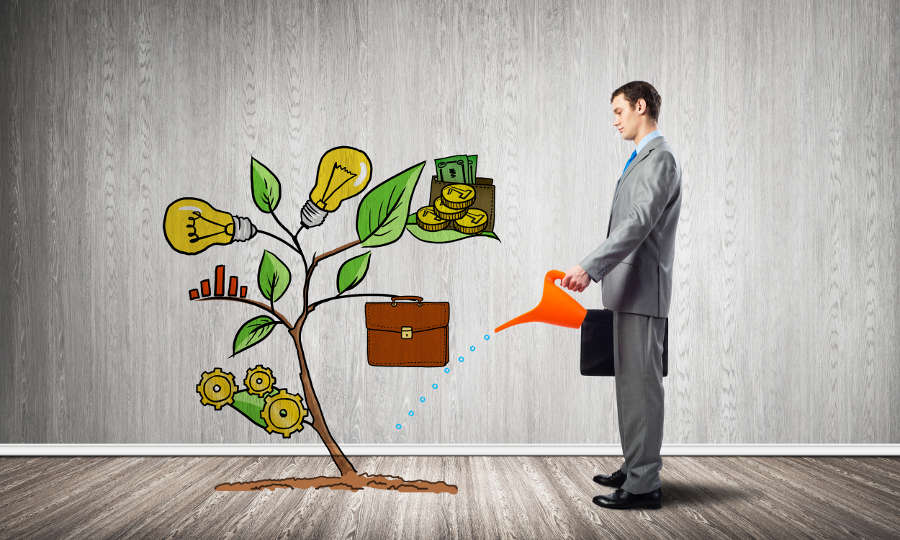 Build a good ecosystem and deliver a strong Tech Company.

Good ecosystems are contributing to the growth of the Tech Company. Many sectors fully support the Tech Company. For example, SCB has opened an Open Platform to share APIs for Tech Company to create, develop new business ideas. Government agencies like the National Innovation Agency (NIA) also have a program to support the Tech Company through 3 approaches: Grooming - Open Knowledge by NIA Academy / Startup Thailand, Grant - Open Innovation. s to distribute funds to different regions, and Growth - Open Opportunity supports the opening of foreign markets. And the opportunity to access low-interest loans. As for the Digital Economy Promotion Agency (Depa Thailand), funding is provided in each phase such as depa Startup fund, Matching Fund, R&D Fund, Digital Transformation Fund, etc.