Lavo or Lopburi even it is a small province, but tourist attraction hear is no second to none. You can enjoy a natural beauty in the sunflower field or those exploring the history, there are many important places in this city. This trip we will travel in style in Lavo, as if we return to the era of King Nararai.


This palace was built by King Narai the Great. The French and Italian architects designed the building. It has a distinctive Western-Thai architecture, which represents the highest prosperity. It’s said that besides the palace at Ayutthaya, there is nowhere more beautiful than here. The king loved this palace so much that he came and stayed here 8-9 months a year. He also came to sit and govern the city, as it was the second capital after Ayutthaya. This made Lopburi returned to play an important role again. Until His death, no other kings came and stayed here at all. From the beauty grand palace, it was abandoned since then. Until the reign of King Rama IV, he demanded to rebuild and restore the royal throne and gave the new name to “Naira’s Palace. 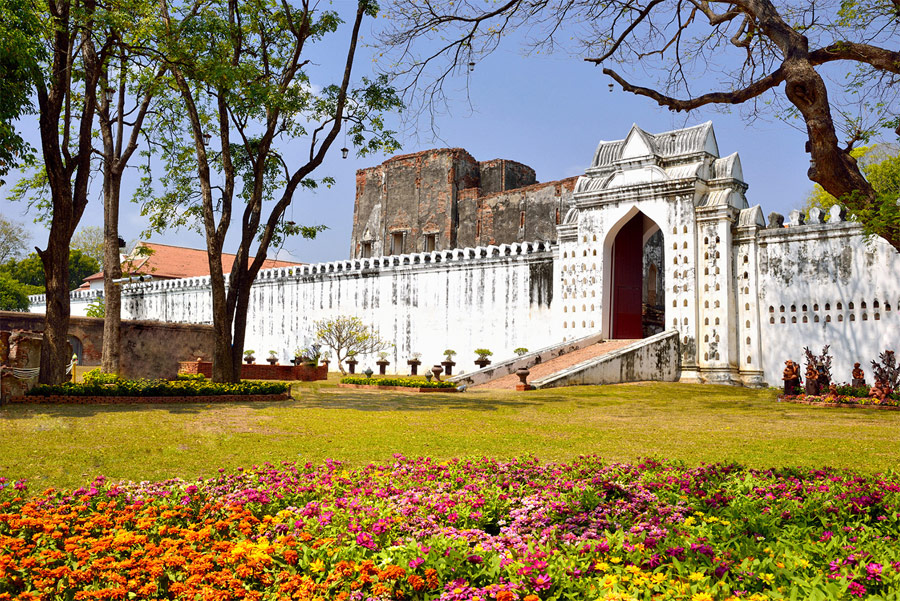 Middle class royal court was told story by the French that the middle court is more beautiful than the outer courts. There were only two royal thrones at that time, namely, Chandrakasem Rajabhat Palace, which was the residence of the governor of the kingdom and the meeting of the Privy Council. Dusit Throne Hall Thanyamai Castle is a hall. This palace is magnificent majesty. It is a place to welcome foreign delegation and neighboring royal family.

In the inner court area consists of Sutthawan Throne Hall, which is the seat of the King and his party. Later he was sick and died at the throne. The Narai Palace was upgraded to be the third national museum in Thailand, showing the history of King Narai the Great, antiquities, stories about the city and the people of Lopburi and many other stories.

From King Naira’s Palace, we went to the north to go to the Wichayen Mansion which is not far away. Today Wichayen Mansion, has left a trace visible enough to imagine. This place was built as a residence for the envoys and the first bishops who came to establish good relations. Later in the reign of King Narai the Great, Constantine Falcone, a person of historical who was one of the most interesting person. This young Greek man came to serve in the royal court and he was the king favorite person. He was appointed as Chao Phraya Wichayen, a high position for the stewards in that time. He was giving the land to be his residence in the west of the envoy mansion. 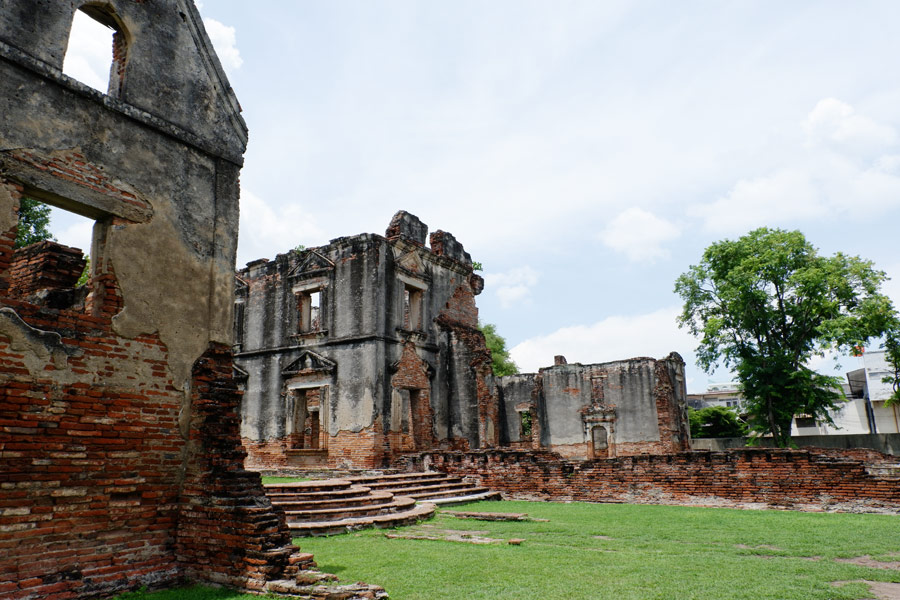 The other parts of the house, are a basement next to Chao Phraya Wichayen. It is said to be a wine cellar. The back is the bread oven of Thao Thong Guimara, Chaophraya Wichayon’s wife. The center is a church with a bell tower. And the east side is the residence of the plenipotentiary.


Not too far from Wichayen Mansion, there is one important temple, Wat Phra Sri Rattana Mahathat Temple or Pra That temple. Even left only the ruins, but this place is also astonishing. Inside the temple are many pagodas and a pleasant garden. The tree is very large and beautiful. 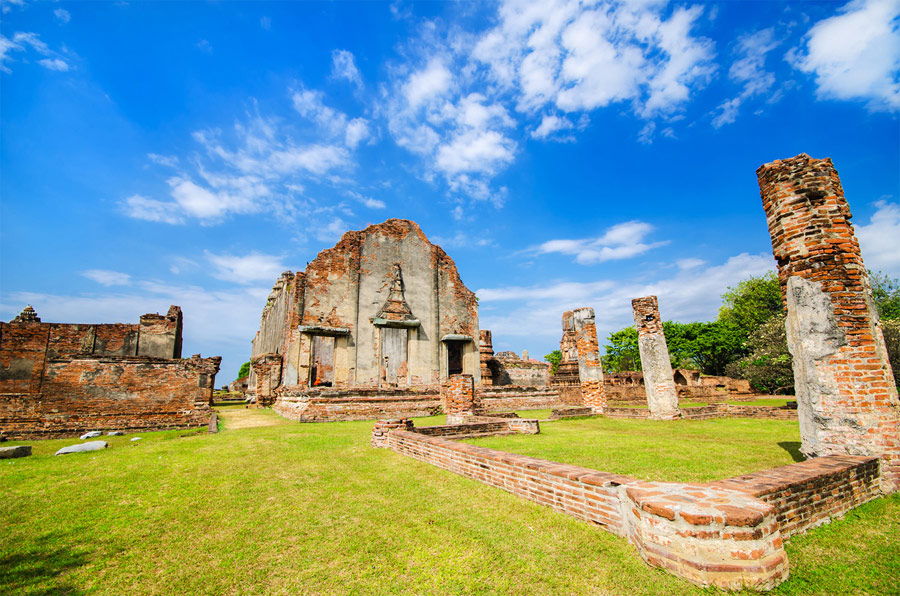 Created in any era is not evident. It has been restored many times. In reign of King Narai the Great the temple was restored and reconstructed from the original. Today, this temple is very easy to find because it is located opposite Lopburi Railway Station. The train crossed the road to the temple.


Another interesting attraction is Royal Krisorn or the Yen Palace. It is about 4 kilometers away from Narai Palace. King Narai the Great, demanded to build this palace in the middle of Tha Le Chup Sorn to use as a place to relax during the summer and welcome guest. In front of the hall there is a mahjak outstretched and a centerpiece in the middle for the nobles to come out. And a place to observe the lunar eclipse. Eclipse with the vassal. The plenipotentiary and the bishops of France. In addition, some texts assume that there is an important story going on here. It is the place where Petaratha proselytized Chao Phraya Wichayen. Then it was put to death in Tha Le Chup Sorn outside the palace. 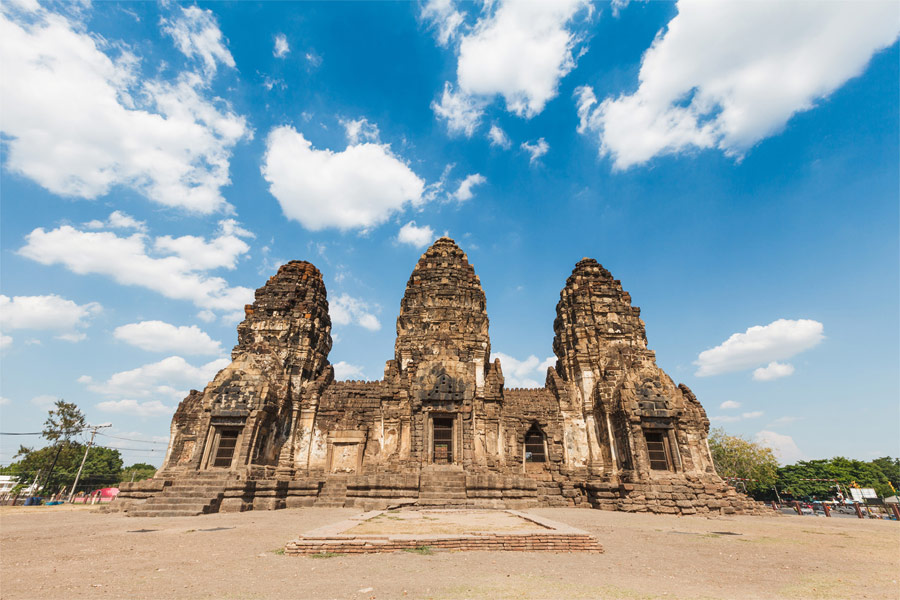 Pra Prang Sam Yod is another symbol of Lopburi. Standing in the middle of the city and surrounded by monkeys, the symbol of the city. This prang is of great historical significance. It is a Khmer ruins and were built with laterite architecture. There are 3 types of castles built during the reign of King Chaiyaworn 7, still visible signs.


Then cross the road to pay homage and get blessing from Chao Poa Phra Kan,  the goddess of the ancient Khmer empire. The temple is located on a large laterite base. Later, it began to deteriorate, so it was rebuilt as seen today. It was said that during the reign of King Narai the Great he built shrine there and it worked as a city shrine house. 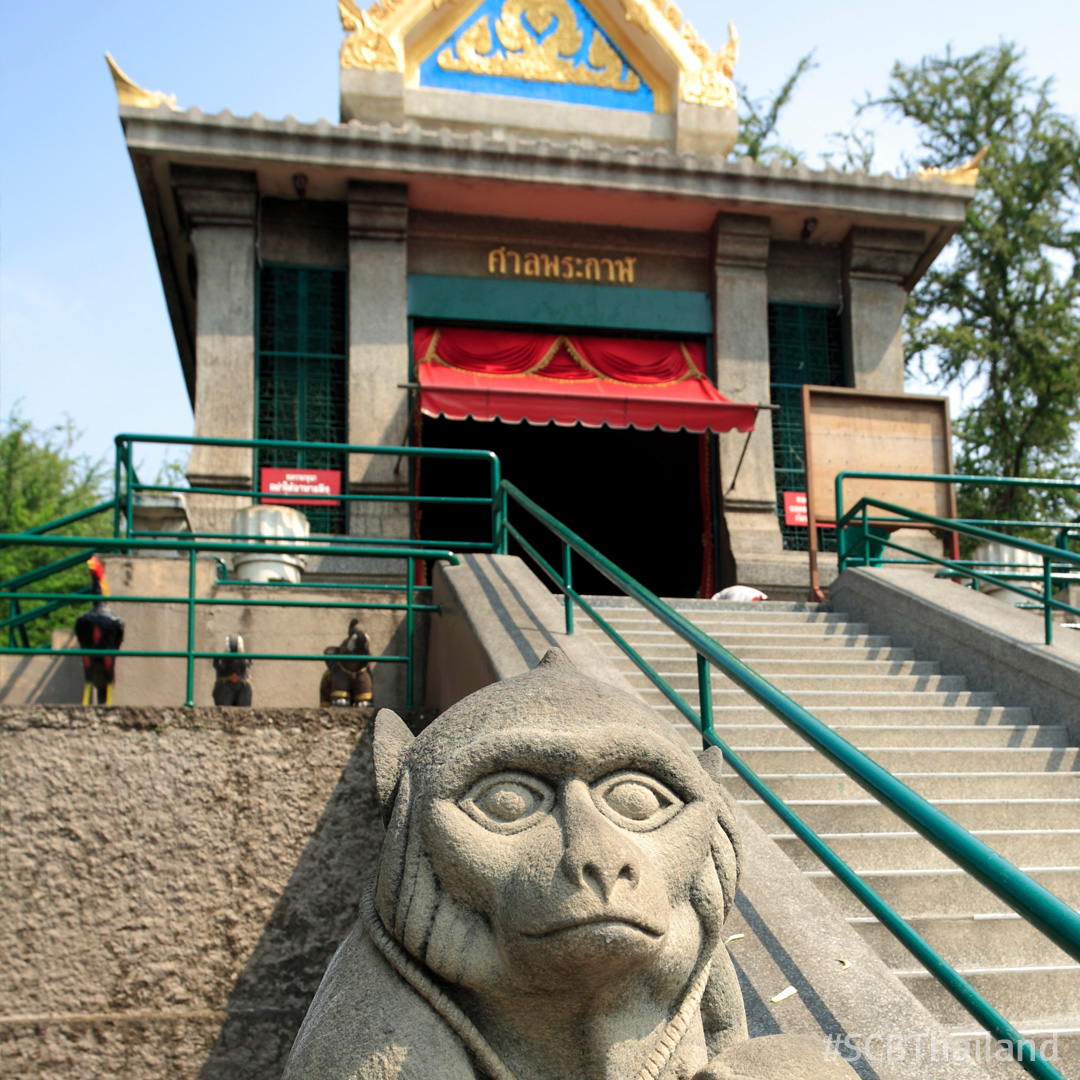 Just spent a single day, people attracted to the city of Narai and will revisit this city again for sure. It’s fantastic!