Our Experience in South Korea with On-Fire Tour Promotion

Our Experience in South Korea with On-Fire Tour Promotion

“On-Fire-Tour Promotion” is the most interesting promotion for thrifty persons because of its low price which help saving your pocket money. Moreover, you can go to our popular neighborhood destinations whether Korea, Japan, Taiwan, Hongkong, Macau, Vietnam, etc. Besides, you do not have to apply for visa and no need to be worried about travelling period because the sooner the departure time, more saving money you could have which may be tonight or tomorrow or in the next 3 days. Just prepare yourself and be ready to take off with me, Ajumma! (Ajumma: A respectful Korean word for a married woman.)

Ajumma had talked with friends that I wanted to go to Korea to see the Autumn leaf color seasonal (Between the end of September to the beginning of November). This is one of the most romantic seasons and very convenient for taking a picture with a cold weather (Average temperature: 5 - 25 degrees Celsius). Many Thais may suitable for the cold, but the tour price is high around 16,900 - 23,900 THB. Then, one of my friends suggested me to try on-fire tour promotion which was much cheaper. However, departure time was also on fire because it took off the next day. At first, it sounds scary that we may be cheated. Anyway, let’s find out! 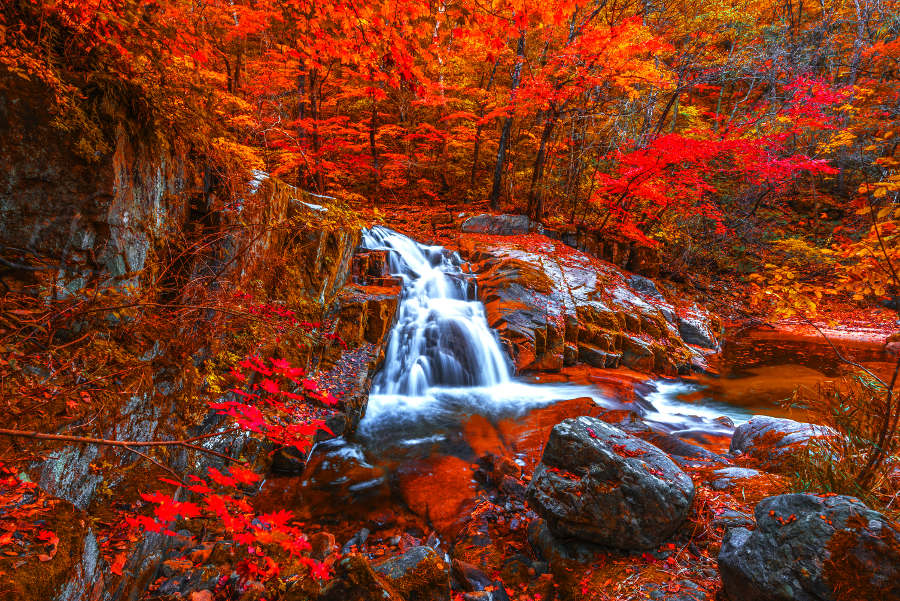 Our Ajumma group got “On-Fire-Tour Promotion” on 8 - 12 November. We have 5 days left before departure and the price is not that low which is only 12,900 THB because a normal price was 16,900 THB (save only 4,000 THB). Our group has 4 people which makes us cannot wait and 2 persons have a difficulty in taking vacation leave. I used to find some promotions that reduce their price to 10,900 or 9,999 THB but need to take 5 working-days leave and we cannot do that. Thus, we decided to choose this small-cut “On-Fire-Tour Promotion”.

Small things to do before flying

Before leaving, tour guide will prepare necessary documents whether round-trip air tickets, touring information, and you need to sign “No-refund document”, in case you are returned by Korean custom. Also, they will collect tips fee (30,000 Won) because at the end of the trip, there are not many tourists left. Half of them may could not pass Korean custom and need to be returned to Thailand. Some of other half may leave the tour and runaway to continue working illegally in Korea. This is the reason why the agency needs to collect tips at the beginning.

Prepare before passing through custom

Before leaving, we read many suggestions that we need to dress properly because we have heard that Korean custom is very strict. Moreover, we may have to answer their questions such as where we will you go sightseeing? How long will you stay in Korea? Who are you coming with? When will you fly back? As well as bringing your own identification and personal information such as working certification, name card, credit card, etc. These will help you guarantee that you are an actual tourist not a 'Little ghost' smugglers.

From my 2-times Korea trip experience which passed smoothly. The first time I was asked that how many times have I ever been to Korea and what did I want to do. The second time, I was not asked anything, and they just let me scan the fingers and pass easily. It was quick, and I was thinking that maybe because of my age is too old to do that illegal job. 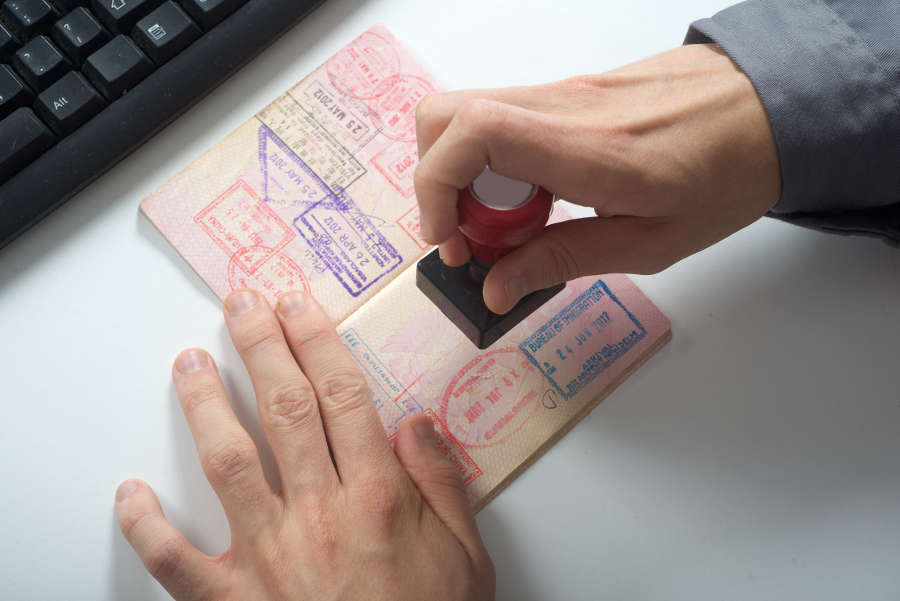 On-fire tour promotion as same as other

We could say that the tour program is the same as a normal one whether going to the paradise Korean Nami island, Seoraksan National Park, Everland Theme Park, Changdeokgung Palace, Seoul tower, Cheonggyecheon canal, Fairytales Donghwa Village, Trick Eye Museum, Kimji making and learning school, and the famous Myeongdong shopping district. Moreover, touring agency will bring us to government shops and their partner shops which are ginseng center, turpentine center, cosmetics outlet, liver-enhancement herbal center, Amethyst jewelry factory, Korean supermarket. If you do not have a strong mind, you may get load of shopping bags but losing money instead. My friends were using credit card smoothly. One thing I see was every shop whether a large shopping mall or small shop, take credit card without minimum purchase. It is ok to use credit card with just only 500 Won. This is very convenient for tourist. Furthermore, using credit card with special discount for overseas shopping is much better such as SCB JCB PLATINUM which is give you a cashback 3% at your first Baht spending and accumulation of 1 point every 25 Baht. This is super worth shopping at Korea. 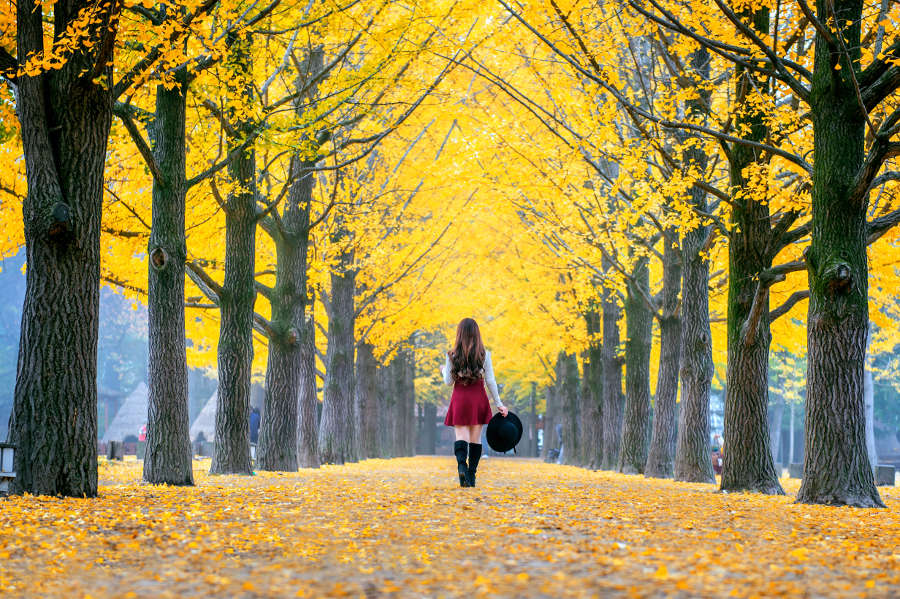 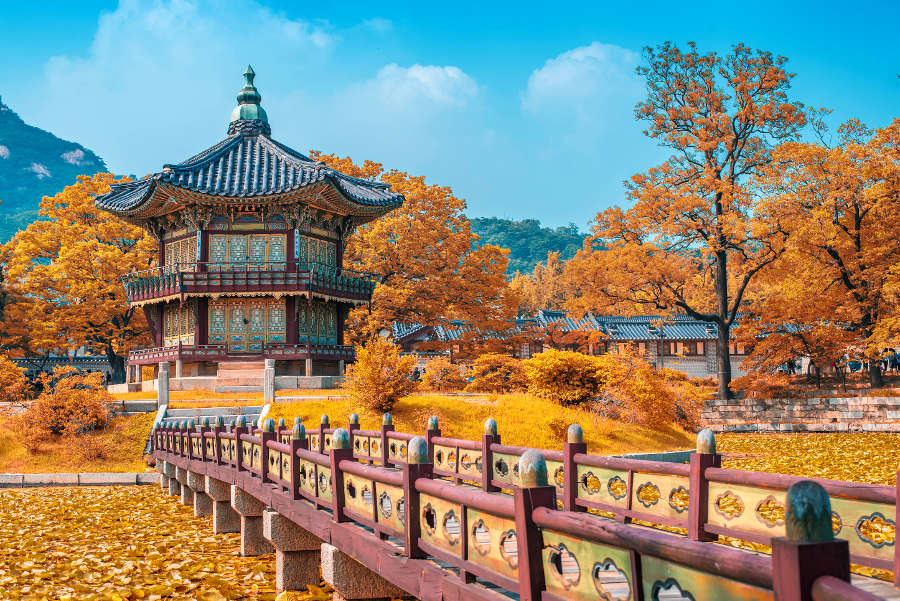 How was Restaurant and hotel?

Due to it was on-fire tour promotion, we were a little afraid that we may get less food than other tourists, but it was the same. Many famous Korean foods had been served such as Dakgalbi, seafood shabu, mushroom shabu, barbecue buffet, and steamed chicken with ginseng. For the hotel, we thought that we may get a smaller room than others, but it was normal. However, the room was located near fire exit and elevator which we thought it was great because it is easier for us to bring-in our luggage. 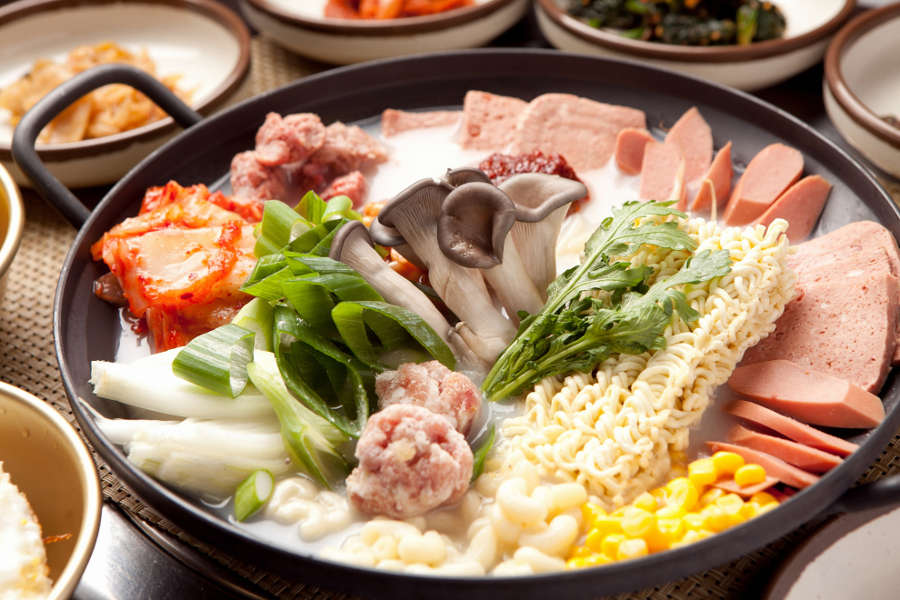 Before deciding to buy on-fire tour promotion which usually shows on Facebook or Line, you should follow that Facebook page or Line for a while to make sure that there is a regularly update, a reply-to-customer question, and check out a complaint from customer. This promotion is based on trust because we need to send an advance our passport first page to them and pay full-price first. So, do not trust if you are not sure because you may be cheated later. Ajumma warned you!

Once, we know about on-fire tour promotion, do not forget to follow their pages. You can select from many agencies with these promotions, then prepare yourself and make a quick decision. So, what is our next destination? What about Osaka?