Courage, Farsighted, the Way of Survival in the Disruption Era ep. 1

Courage, Farsighted, the Way of Survival in the Disruption Era ep. 1

The change of the 21st century has nothing to shake the world as much as “the disruption of the digital technology” that makes many successful businesses to stop and go bankrupt. For example, the arrival of E-Commerce has an effect on the traditional retail, Fin-Tech has an impact on banking business and the new digital content such as Netflix has overcome the blockbuster and shakes the Hollywood, etc. These changes are happening everywhere increasingly. 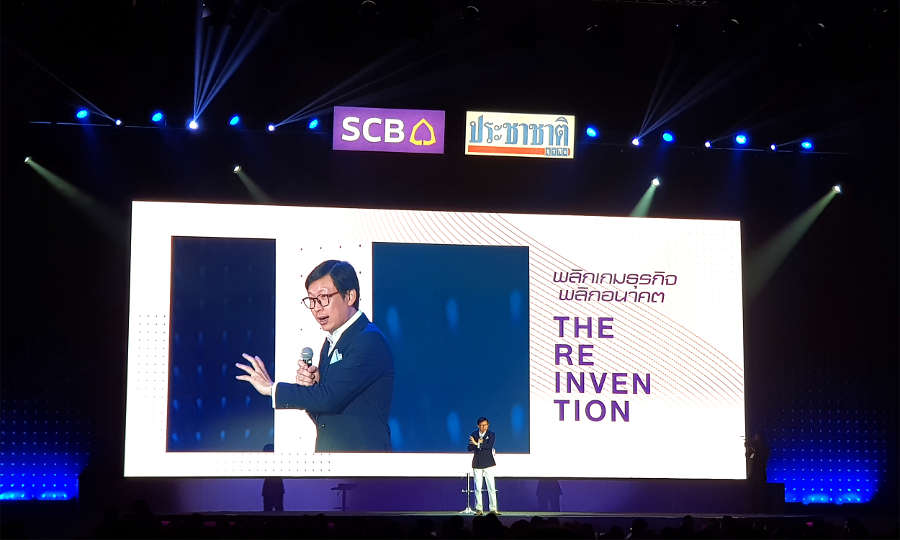 Although disruption seems to be modern, its meaning is not something new. In fact, it has happened before in the past. Pinyo Trisuriyadhama, the writer of the book, Future, look at business disruption compared to the history of Burmese-Siamese War, which Ayutthaya was disrupted by mounting in the old beliefs, depending on the rain in the flood season to stay safe from the enemy. This is the strategy that has been used in the previous battle. However, when facing Burmese’s latest battle strategy, all attacks were disrupted and cut off. The Burmese were able to surround Ayutthaya without fearing the rain. Thus, the concept of reliance on water could not save Ayutthaya, which has been glorious for 417 years out of disaster from being disrupted.

The lesson learned from that Burmese-Siamese War is not knowing that one is being disrupt. Thus, they could not assess the threat situation. At that time, the only person who sees that Ayutthaya is being disrupt was “Phraya Tak”, or better known as “King Taksin the Great”, the savior of the Siamese independence. Phraya Tak, then, realized the danger of disruption and realized that the old battle model could not be used to save Ayutthaya. He led the army and broke through the Burmese, settled at Chanthaburi, retrieved their independence and established Thonburi. This shows courage, startup spirit and new ways of thinking, as well as reinvention itself, not returning back to the old and glorious Ayutthaya.

Mr. Pinyo sums up the spirituality of the disruption era as impermanence, fast changing. The commitment to the original success is the barrier to the survival from disruption. The courage to abandon the original success, the belief to change yourself, make yourself a new plan, to plan ahead and be farsighted, is the spirit of the new era to advance to the future. 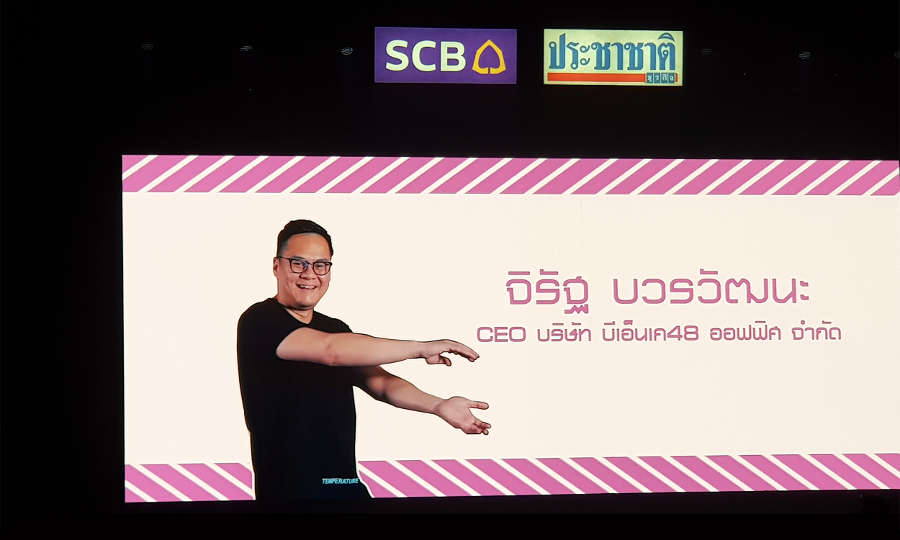 When comparing life to the journey in the sea, courage is the key to breaking the waves and wind the blows into your life. This story can be related to Mr. Jirath Pavaravadhana, the CEO of BNK48 Office, who created the Thai idol group BNK48. At this moment, no one would not know Mr. Jirath Pavaravadhana, the merchant navy, who turned from a sea captain to an E-Commerce industry, managing a DVD/VCD distribution business, Rose Media & Entertainment Limited. Mr. Jirath has foreseen the upcoming disruption of DVD/VCD business and seek for some way to overcome it. His courage to start with “BNK48” is the way to this survival.

“I have done business with Japan thoroughly. I saw the opportunity of the ABK48 business model that has been successful in Japan for 13 years.” Mr. Jirath described the beginning of his idea of ​​ABK48 model from Japan to create its sister group, BNK48 in Thailand. "The model of this artist is similar to the style of football club management, which is not fix on individuals, but with the fan base and developing talent together as a whole, as well as offering new talent at any time.”

Mr. Jirath’s BNK48 is not a perfect artist, but it’s a story of a group of ordinary girls who dream to develop herself as an idol artist. He created this group with the belief that “to see the development” is more enjoyable and better than having a perfect image. “Like before, when we watched Chinese movie that the hero is not strong at first. He has to practice and suffer a lot before becoming a strong warrior. Watching his development, that’s the fun part about it.” Mr. Jirath has relayed the story of BNK48’s efforts through social media such as Youtube, Instagram and content such as movies, series, TV shows, Digital Live Studio, etc. to the fan clubs. Therefore, it creates bonding and engagement from the fan clubs to wait and see the success of the group. 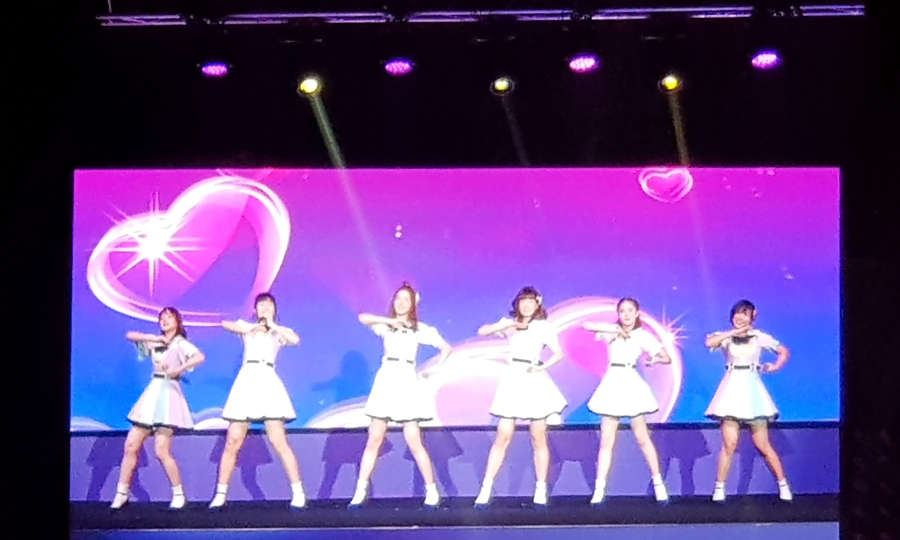 Of course, this artist management model is never used before in Thailand. The old business model is not compatible with BNK48. The key point is to manage artists to link with the fan clubs through communication as much as possible and use this as a way to make money. “Fans are very valuable. It is a change of engagement to sales, which I think is Key Success Factor” said Mr. Jirath. It is not surprising that there will be the phenomenon of "BNK 48 Handshake" that ten thousands of fans bought the "handshake card", queuing for a day, to be able to touch hands with their idols closely. Moreover, whichever products BNK48 acted as a presenter was sold out quickly.

The next step for BNK48 is to enter the Chinese market. Mr. Jirath said to be able to step into the big Chinese market, there must be a good content. “Comparing it to a battle, talent is like the warlord and content is like the war horse.” For BNK48, content does not have to be music alone, it can be a movie, a game, a documentary, or any digital content. The combination of many contents will make the talent seems more real, have more dimension, make the group look more like an idol and it is more interesting for fans to keep track on them.

The wonderful story of the idol group BNK48 would never happened if it was not for the bravery of Mr. Jirath. “The courage (to create BNK48) comes from fear (of disruption of DVD/VCD business). Fear is what make us brave enough to make decision. The key point is to survive.” Mr. Jirath concluded. 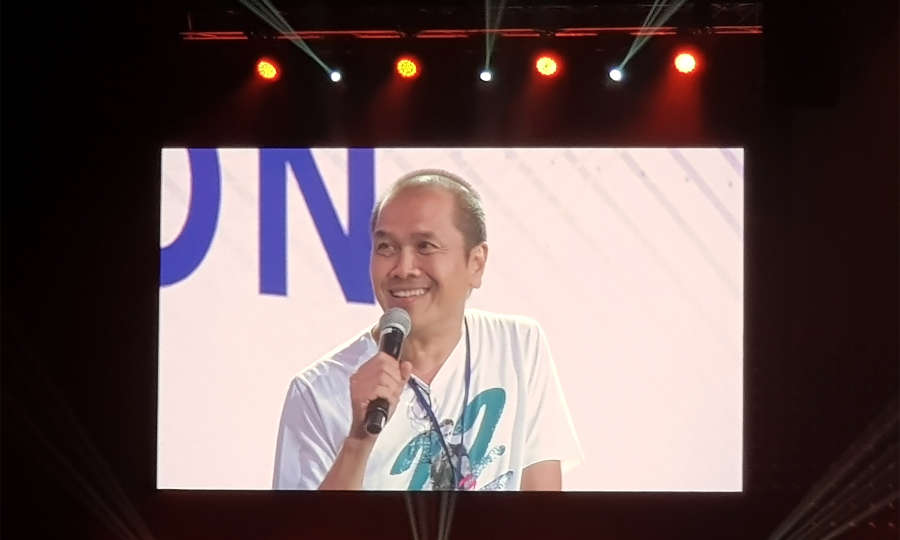 Faith is the Beginning of Courage

“Creating a movie is very risky and finding a loan is very difficult because it is not possible to predict success.” Jira Maligool, a film director and the key person to GDH 559 explained with a smile on his face. Although the name Jira Maligool is behind many successful films such as Fan Chan (My Girl), Bangkok Traffic (Love) Story, Hello Stranger, Ladda Land and Pee Mak Phra Khanong, “but there are films I do not want to talk about a lot” he said with a laugh.

There is a lot of risk in making films. What pushes Mr. Jira to take the risk? “For filmmakers, courage comes from passion for the film. It's like any other business. We have to like it, then it has a chance to succeed.” And where does the courage come from? “The courage to believe in something” said Mr. Jira “Like when I was making the film Fan Chan (My Girl), everyone told me that it would fall through. Children's films are one of the prohibitions of Thai filmmaking. The tile does not sound appealing. The actors were not popular. The release date also collided with the film Finding Nemo. However, it appears that on the first day, Finding Nemo is the highest grossing film in every country in the world except Thailand.” He said proudly of the success of Fan Chan (My Girl), which swept a lot of money at that time, becoming the talk of town. “The reason the film became this successful is because we ‘believe’ in the childhood love among the 80s atmosphere. We believe that there will be people who like this too.” And most importantly, faith is the driving force for success. “Courage is what is behind faith. It drives us to counter back. The things we have never done, there would always be negative words and obstacles. If we do not respond well, ‘that’ thing would never happen, but if we respond well, it will happen.” Mr. Jira concluded.