The Railway Museum @ Saitama: A Wonderland of Learning

The Railway Museum @ Saitama: A Wonderland of Learning

One of the charms of Japanese tourism is the convenience of traveling by train.
Whether it is an intercity train, High-speed trains like Shinkansen or Metro in various cities. The quality of Japanese trains is at the forefront of the world. The train and the Japanese are almost indistinguishable and foreign tourists admired and fascinated in Japanese trains that cover many areas with both public and private services. There are many train types, whether it is a scenic train, a luxury trains, trains that bring the famous characters to build a cute theme like Hello Kitty, Pokémon or Kumamon. Japanese trains are fascinating so how can we miss visiting the railway museum when we visit Japan.  Today we invited to visit the Railway Museum Railway Museum in Saitama Prefecture, which is one of the top 3 best railway museums in Japan.

Anyone who already plans to visit Tokyo try organizing a one-day trip plan to visit the railway museum in Saitama which takes about 45 minutes by train from Shinjuku Station. For some people who may have visited this museum, should go back to update again because it has a major improvement in 11 years after launching since 2007. 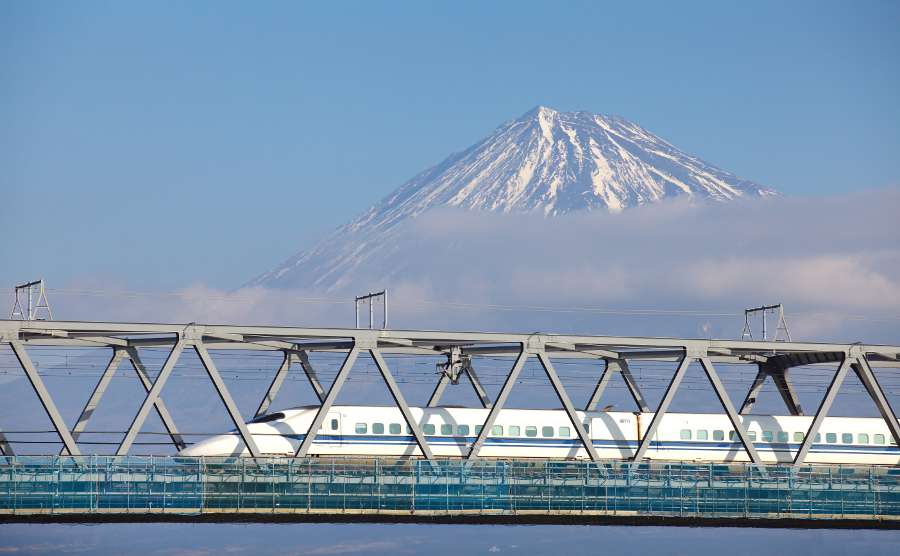 The new look was launched on July 5, 2018. By this huge rejuvenation, the exhibition space is more than doubled compare to the original space. And has a new building that never existed before… If you are ready, let’s meet at Shinjuku Station and take a train to Saitama. From Tokyo, we will take the train and get off at JR Omiya Station. After getting off looking for take the Railway Museum and New Shutter signs because we will take New Shutter just only 1 station. We will get off at Tetsudo-Hakubutsukan station. From here we can walk to the museum because the station is connected directly to the museum. We can buy tickets from the ticket vending machine at this point. Now, we are ready to explore the museum. Very easy and convenient!

Rolling Stock Station: Is an exhibition section of ancient trains that have run in Japan. There are 36 vintage trains in total, from the steam locomotive trains until the first Japanese Shinkansen that had run from Tokyo to Osaka. In addition to the vintage classical train is a unique and outstandingly realistic steam locomotive simulator.

Railway Diorama:  Continue to the 2nd floor, showcases one of Japan's largest dioramas.


Miniature Driving Train:  Walking out of the main building is the most fun part. Because at this point, we can try to drive the train at 300 meters. The driver must follow the traffic signs in each section correctly as well. The new building, which was just opened in mid-2018, has focused on allowing visitors to learn more about the Japanese train system. By focusing on the simulator, guests who are interested can try to play in simulations that are almost like the real world. When stepping into the building, will meet the 2-real size of the actual Shinkansen trains, waiting to welcome you. Going forward can be called a hand on experience. Here You can try, experiment with the actual system that is currently used. Whether it is a ticket sales system, various security systems, train control system, which has various emergency situations for you to try and solve as well. Another enjoyable part is to experiment with the role of Conductor in all real system that is both fun and knowledgeable at the same time.

Job Station Simulator:  Coming up on the 2nd floor, enjoy the Simulator with 1 Shinkansen simulator and another 3-train simulator that simulates the driving experience. You will feel like driving a train, realistic view. After finished, you get the score that tell how well you drive the train. Must emphasize that this museum is fantastic, worth the visit. It’s easy to and the entrance fee is not expensive. Not only gained knowledge about trains but also learned about the evolution of modern Japan at the same time. Both children and adults guarantee that you will full of fun, excitement, enjoyment of knowledge, both science and history at the same time. And even more cool now. It has an application "The Railway Museum Application" to download both iOS and Android, which will tell you information about the show in each section. Provides 10 languages ​​to choose from, one of which is Thai too!