Tax is a story about numbers and law, so many people think it is too difficult to understand. Nevertheless, TaxBugnoms can simplify this thing and has become a famous tax blogger with over forty-thousand followers page owner. How could his life reach this point? Is there any turning point? Where did TaxBugnoms come from? K.Thanom Ketem, or K.Noms will tell us a story, share those personal, family money management, and how to raise a child which has never been told before.

K.Noms is a one-child who was born in an accountant-company family. His parents taught him to save and know how to use money. They compared family money as a cake as the less you cut, the more it remains. It is the same as our money as the less we spend, the more it left. Although he remembered this phrase, he did not pay attention at all. Since he finished high school, K.Noms had wanted to study architecture but he changed his mind to study accounting the same as his father and mother. He did not persuade his family business because he wanted to gain experience from other places first. He started from the BIG4 company which is one of the biggest account auditing firms in the world. The first salary was 13,000 Bath and he gave his mom 5,000 Baht every month as she asked for. This proportion was adjusted based on the increase of his new income and it was not that hard for a man who lived with dad and mom. Hence, it might not be difficult for him to save money, but he had no money left and it was just enough for spending only one month.

He had been working at this firm for four years and already got the Public accountant certificate. He decided to resign and started working at home together with pursuing a master’s degree. However, he met the turning point in which there was a government employee recruitment fair that year after it had closed for a long time. So, his mom encouraged him to apply and he passed the test. Then after two months, the customs had recruited employees. K.Noms also did apply as his mom suggested and again, he passed the test. Hence, instead of working with his family business, he was working at the customs.

Since changing from a salaryman with over 30,000 Baht per month to be a government employee with only 8- thousand Baht, it was not enough, and he could not give mom the same monthly basis. Also, the old regular car was broken with no saving money. Luckily his mom decided to buy a new car for him and said that "It was from every penny that you had ever given me." This mom's word has reminded him of how important saving is. He started thinking back since his first working day that if he did save money, he could buy a car. This situation was another turning point for him. So, he has been trying to change his spending behavior since then. He tried to manage and live with his 8-thousands-Baht salary. Changing From buying everything that he wants to more consideration, driving only when necessary, regularly eating at home, even taking the public bus to meet his girlfriend. He tried reducing all spending to have more savings money. 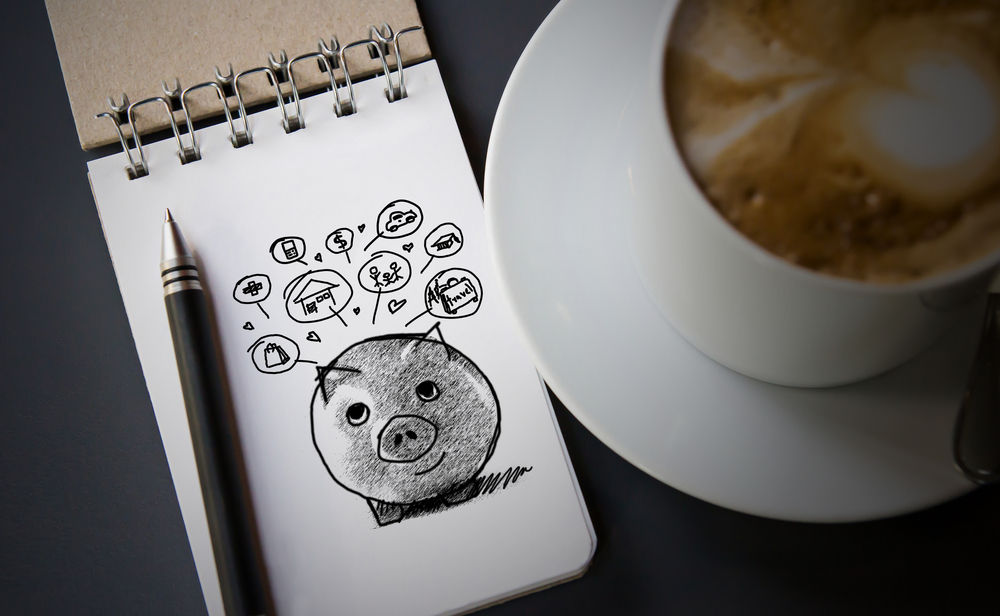 The beginning of TaxBugnoms page

Since working as a government employee for a while, he already knew that only saving is not enough. He needed to find additional jobs which he started with working as the searching engine optimization (SEO). It was a well-paid job and he could save more. However, the competitors' numbers have risen, and Google has also changed their algorithm from time to time so that his skill is no longer needed. So, he decided to practice writing a tax blog. Most detail is summarized from his learning master’s degree. Eventually, he created a TaxBugnoms page which Bugnoms is his name with Bug in the front that means error. He thought it suits him because he is not a perfect guy.

Creating a page at that time was a new thing and most Thai people were not using Facebook. In the first two years, there were about 800 followers and most posts are the links that were shared from his blog. After a while, he had learned what is attractive, and better understanding himself. He started thinking that good contents are not only improving himself but also easy learning for other people, so he began to adapt his writing pattern to be less formal and more understandable language. Moreover, attractive, simple, and daily-life concerns are what the readers need. This is why his followers had increased from hundreds to hundred-thousands. He became a well-known online tax advisor known as “TaxBugnoms”.

Be prepare for his child

K.Noms and his wife have one son and now he is 4 years old. At the time they decided to have a kid, K.Noms set the goal that he will nurture his child until he reaches 20 years old and he will let his son live his life. K.Noms has planned what he needed to prepare in the first 20 years including short-term, and long-term. Due to the limitation of money, he had to know his limit and how to reduce the risk factor whether buying a life-insurance, health-insurance and make some plans for his kid. Also, a retirement plan for himself is needed in order to prevent being a burden for the kid because he believes that no parent's burden is like a kid is having wings. “The proudest parent time is the day your child says thank you not when the society says you raise your kid well”. The preparation as K.Noms style is to raise the kid with no pressure both on himself and the kids. The whole family must be happy, be the best as it can be but not too harsh. However, parents need to teach their children to have morality and be responsible for whatever they do. K.Noms has “options” for his child which let his son find what he likes and be himself. He prepared a budget for his son’s trial under the limit. In case his son likes something, parents may add some money from the parent budget such as paying the education fee. Once his son reaches 20 years old and is able to live by himself, K.Noms will not let him use his parents' money anymore and they have to take care of themselves and not be a burden to each other. Because no one knows what the future holds, they need to take care of themselves.

How to teach a kid what money worth

K.Noms has used the same teaching method as his parents which is learning from experience Starting from all surrounding things and not only the money itself but also anything worth the money value and necessity.

For financial attitude, there are 2 questions that need to be answered first; 1. What is your future target? 2. Have your current and the past behavior led you to the first target? If not, you have to change your method. Nevertheless, you did try your best, but you could not reach the goal, you may have to learn that everything is not what you expect it is. Everyone can make mistakes, but we have to fix it and try new methods or change the target if along the path to reach the target cannot make us happy.

Because life is to be designed by yourself. K.Noms has to save some options for himself whether a life-insurance that covers any future risk and some spare for the retirement plan in case any emergency happens. Having money for a retirement plan does not mean it is enough, but it only means you can rely on it for a while. So, do not be reckless and whether you have kids or not, the most important thing is you better survive in order to take care of the others. Parents must not be the kid’s burden so kids can live their own lives.

Being able to save money or not is not about being rich or poor because the limitation depends on each person, so we have to eliminate our own obstacles. K.Noms’s thinking way is truly understanding that is our limitation is really the limitation or just some excuses? If it is an excuse, it can be destroyed. Nevertheless, the limitation needs more effort to accomplish. Do we need to ask ourselves why is it not achieved as we thought? Is the method too hard? No discipline? No strong intention? Or do we need more time? We need to find the best way that suits you. Due to his son being still young, there is plenty of time for investment. K.Noms emphasize saving via a high-risk investment with the method of DCA or Dollar Cost Average and long-term plan. He has planned ahead what is the expense plan and no matter what happens he has to stick to the same plan. For example, even Covid-19 pandemic outbreaks but he keeps investing as usual. There are 3 portfolios as following,

Saving for the kids makes him wonder what would he tell himself if he could turn back the time? The answer is he had wanted to tell himself that he started too-late saving. He should have begun investing and saving since he was at the university in which money was given by his mom. His life should have been better because he could practice investment from a young age. As psychology says that when we have saved some money, we will not want to use that money anymore. Thus, if he could save that money, he would have both savings and investment knowledge. Moreover, the investment money at that time which might be just a small number but long-term investment would have resulted in large money. However, we cannot turn back the time but start saving and plan the investment from now on is better than doing nothing.

Reference: SCB TV series, Pay It Forward EP. “Funny Dad and How to Be the Rich Kids” by K.Thanom Ketem broadcasted via SCB Thailand on June Wednesday 24, 2020

Provide protection with get more return on investment