So many ways and so many languages to

People from different countries, different languages call this woman differently but they all feel the same. The woman who brought you to this world, person who love you more than anyone else in this planet. The person who always with you in the tough times and always believe in you. The person whom you think of first when your heart is broken. And the person who make you feel that you are the most special thing in this world. Same as these famous people who talked about their moms who are behind their successes.

"What is best in me, I owe to her," the 44th US President acknowledged in the second edition of his memoir Dreams from My Father. He talked about his mother Ann Dunham. Dunham has been little more than a footnote in his extraordinary story. In the preface, Mr. Obama wrote: "She travelled the world, working in the distant villages, helping women buy a sewing machine or a milk cow or an education that might give them a foothold in the world's economy." The president revealed what he learned about unconditional love from his mom, who gave birth to him when she was just 18 years old.

Obama described his mom as "eccentric in many ways" and "somebody who was hungry for adventure and skeptical of convention. But she loved the heck out of her kids.  His mother was 18 when she had him, and Obama said that age gap lent itself to a unique relationship. Despite this, it was one of love and support.

Ann was so determined for her son to succeed that she woke him at 4am to give him private lessons before school. He later credited his mother, however, with giving him a great education and self-confidence.

Obama reflected on his childhood and how it played a role in his achievements. "For all the ups and downs of our lives, there was never a moment where I didn't feel as if I was special, that I was not just this spectacular gift to the world,"

Maye Musk model and dietitian who is the mother of Elon Musk, Kimbal Musk, and Tosca Musk, she has been a model for 50 years appearing on the covers of magazines including Time.  Maye became a single mom when she was 31 and raised 3 kids alone and in that time Elon the first child was only 10-year-old.

For many years, modeling was a way to make money and maintain her family. She says she did it "to survive." And at one point, she had to work a total of five jobs: "I was a research officer at the University of Toronto. I was teaching two nights a week at a nutrition college and two nights a week at a modeling agency. I've just been through very hard times," Maye tells CBS News. "I had to pay the rent, I needed a roof over our head and food for us to eat."

she gave Elon and his younger brother Kimbal, a social entrepreneur, $10,000 to start Zip2, the brothers' first entrepreneurial venture together. She helped them with photocopies and groceries to support the company as it began to take off.

Four years after their mom invested in their company, Compaq bought Zip2 for $307 million . Elon used some of this money to found X.com in 1999, which later became PayPal.

Maye says she hopes Elon learned from her how to use money wisely, and he does seem to have internalized some of her lessons: For a while, he spent only a dollar a day on food, mostly by buying it in bulk. 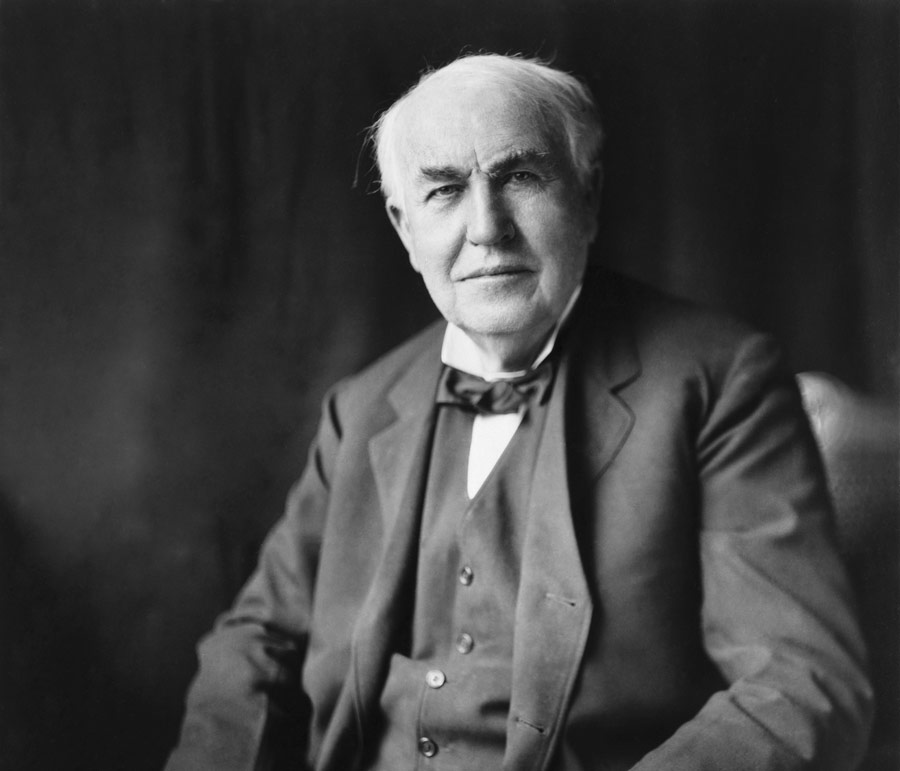 Edison was an American inventor and businessman, who has been described as America's greatest inventor. He was one of the first inventors to apply the principles of  mass production and large-scale teamwork to the process of invention, and is often credited with the creation of the first industrial.

Not many people know that when he was a kid he had health problem and his teacher called him "addled," His mother, Nancy, took him out of the school and proceeded to teach him at home. Edison said many years later, "My mother was the making of me. She was so true, so sure of me, and I felt I had someone to live for, someone I must not disappoint." He wrote in his diary: “Thomas Alva Edison was an addled child that, by a hero mother, became the genius of the century.”

Chow Yun Fat, one of the most famous actor in Hong Kong. Started his career when he was 18 from small role until he got famous from TV series “Shanghai Grand” Until then his name never lost from Hong Kong and Asia entertainment.

In 1991, his role in “The Killer” got attention from Hollywood and then he got offered to work with Hollywood studio.

Despite being an international film star for over 40 years, Chow Yun Fat still sees himself as an average man. Humble and gracious, he has long said that he finds joy in leading a simple existence without materialistic ambitions. No doubt that he Hong Kong icon inherited most of his traits from his mother, Chow Chan Lai-Fong. Married at the age of 17, Chow Chan Lai-Fong gave birth to Chow Yun-Fat, the third of her four children, in 1955. Struggling to keep up with her housework while selling dim-sum on the streets, she had an obvious influence on the tenacity of her son

Chow Yun-Fat honed his acting skills at a training class in the 1970s, an opportunity for which he had to sacrifice his job at a post office. Chow, who later rocketed to international fame, says his mother was a source of support at the time. Chow Chan Lai-Fong, 87, was named an Outstanding Mother in 2008 by the awards committee of Hong Kong

Help you confident with very step