Why Thai students left their hearts in San Francisco

Why Thai students left their hearts in San Francisco

“I left my heart in San Francisco” If anyone has a chance to visit, they must fall in love with this city. "San Francisco" Popular destination among Thai students who go to study abroad. and destinations for travelers from all over the world. San Francisco or the locals popularly referred to as SF, the American city with European flair and Victorian-style houses with a distinctive sweet color on the Pacific Ocean. The city is the backdrop of many famous movies, the unique Golden Gate Bridge, which became a world-class landmark. But this city has a lot more to offer. Today you will be invited to take a cable car ride to see the beauty of San Francisco. And you will understand why anyone left the heart here and why many Thai students choose to come to study language or come to further study in this city in the mist

San Francisco is one of America's main cities. Is a technology center, many famous finance and business companies are based here? It is a peninsula located in the heart of California, the state in the west of the United States. The state that considers the best weather, not cold, not hot, prosperous, modern and culturally diverse. It is a top-ranking state or to be called the most livable state in America. Because it is a city on the west side of the Pacific Ocean, therefore traveling here from Asian countries which includes Thailand with a closer distance than traveling to eastern cities like New York or Boston. Resulting in shorter flight times and air tickets are cheaper. This is the first reason that makes San Francisco is an important destination for students from Asian countries. 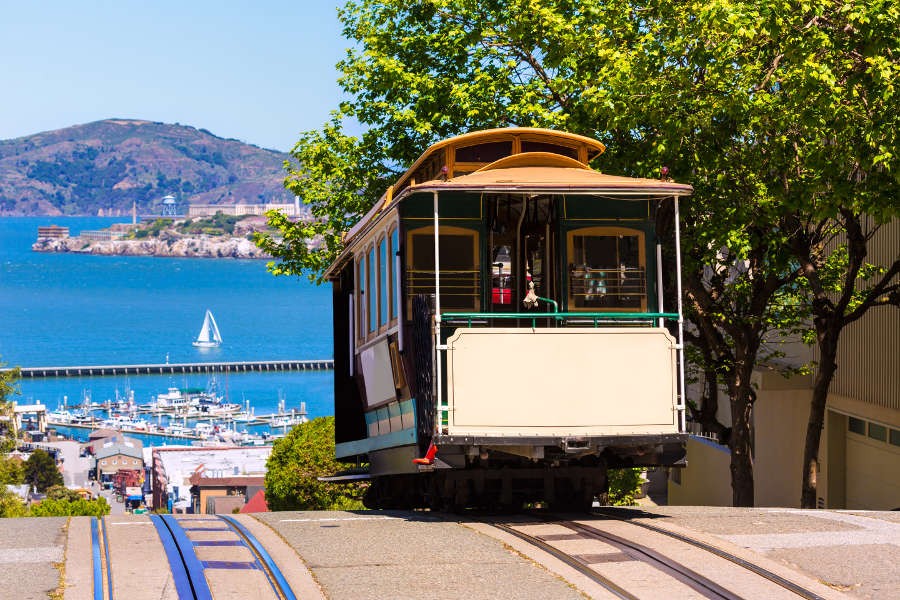 San Francisco is a beautiful city with both nature and architecture. That merges perfectly. Think of the picturesque, red-colored Golden Gate Bridge that stretches across the turquoise waters of the San Francisco Bay. The other side is the Pacific Ocean that stretches outward. If looking back from the other side of the bay, you will see a 3D city, not flat like our Bangkok because most areas are hills.  Victorian-style houses in Spain, beautiful and exotic, different from ordinary cities in America, making it even more fascinating. Life here is many options to choose from, both slow, walking and chill out, watch the people and sit and relax and eat hamburgers by the bay. Or to stroll on the Pacific Ocean to see luxury houses in that neighborhood. If tired of walking, just ride the cable car climb halfway to the stars and slowly lower the level to the Fisherman's Wharf and walk slowly to Pier 39. See the beauty of the Golden Gate Bridge, see people, shop and stop by to see the cute seals. Before boarding the tram, stop by to eat the most delicious ice-cream here at Ghirardelli. As for those who enjoy the excitement, like shopping, rhythmic of music at night. There are also many places here. Just visit the Union Square area. There is the source of the department stores, many brand name shops, restaurants, cafes, pubs, bars are also available.
But if anyone likes the hippie or indie-style, please go straight to Haight Street because the origin of the hippies happened here.

One good thing here which is very suitable for international students is convenient transportation. San Francisco can easily get around without having to have a car.
America, unlike Europe or Japan, that have a coverage rail service system and most cities in America must use personal cars to travel primarily. But for San Francisco, it is one of the few cities with good public transportation both the subway and the buses that run the service cover almost all areas. And as the city does not have a large area, many of the main places in the city can be reached comfortably on foot. Plus, cool weather all year round, making going with two feet a pleasant choice.

Being a blackhead yellow skin Asian people in San Francisco is a very ordinary
because San Francisco is a city with a lot of Asian people living. Therefore, Thai students who come to study here do not have to be afraid to look as strange. Studying and living here, in addition to getting knowledge in the classroom, we will also meet people from many different countries and multicultural. Whether they are Asian people like us, people in Central America, South America, people from Europe or the Middle East. You will make new friends and learn about different cultures in many countries in one city. 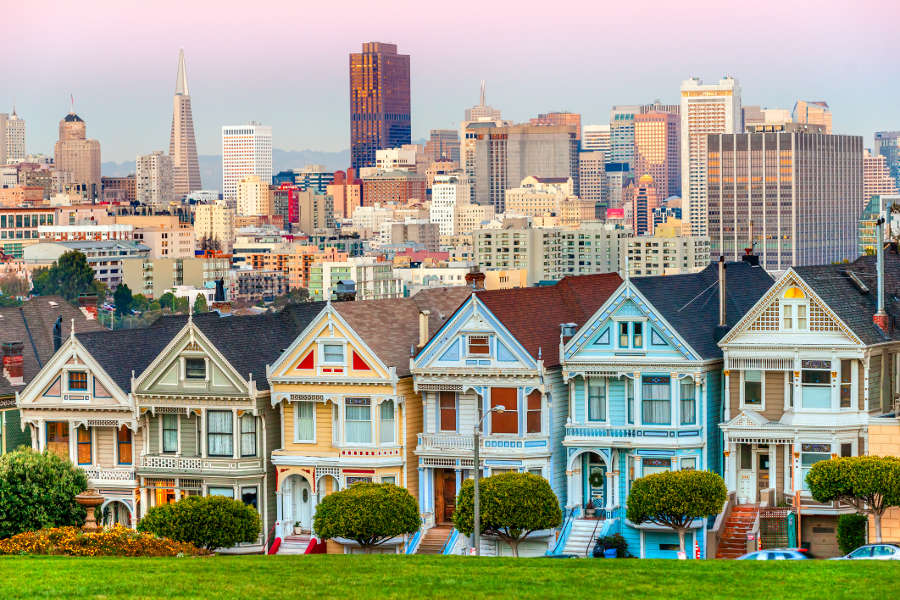 Regarding food, don't worry about cannot find Thai food to eat because there are more than 200 Thai restaurants here. If anyone wants to make own food to reduce the cost of living, there is no problem. Because you can find all the ingredients to make Thai food almost everything here at a price that is not too expensive. In addition to Thai food here, there are many kinds of food to choose from in almost every nation. As for accommodation, it is not difficult, although, San Fran is the highest cost of living city in America. With a lot of Thai people here, Thai students with a limited budget can share rooms with other Thai people here. In addition, there are dormitories that are owned by Thai for rent at a reasonable price as well. After getting more familiarity, more confident, able to change to stay with foreign roommate later.

In terms of schools, there are a variety of quality and reputable educational institutions to choose from. Whether to learn an English Studying certificate or study for a bachelor's degree, master's degree. Famous educational institutions in downtown San Francisco, including UC San Francisco, UC Hastings College of the Law, San Francisco State University, University of San Francisco, Academy of Art University, Golden Gate University and many more places. If going out of town, I will have UC Berkeley, California State University East Bay etc. Each of which has many Thai students who are alumni. Interested persons can search for the courses offered, condition of apply, including various expenses that can be obtained from the website of each institution. When getting the initial information. If interested in some major specifically, you can email more questions directly to the faculty or department. Because each major or department usually has a coordinator that serves foreign students already.

For everyday life, spending, money transfer is not difficult. There are many service points for both MoneyGram and Western Union. And many Thai students use Thai credit cards there and people in Thailand pay for it normally. Which is another good option, especially in times of emergency and not enough cash. Because foreign students are not able to have credit cards there.

Get the best exchange rate every day via SCB EASY App