When talking about heritage many people will think of just managing and delivering the all estate according to the will of the deceased. But many people may forget to think that if the deceased also has liabilities, is this debt also inherited? This article has answers.

Before going to answer the question of whether the debt is inherited or not, first, let’s learn what is the heritage?

The inheritance is all the property of the deceased that existed before death. Including the right to be bound in movable and immovable property, rights and duties, such as the obligation to pay debts to creditors and various liability, such as breach of contract and infringement, etc. All of this we will call together as the estate of the deceased.

Heirs who have the right to inherit are divided into 2 types:

1.  The heir by will is the heir who has the right to inherit according to the dead in the will.

2.  Statutory Heir is relatives who have the right to inheritance in cases where the deceased did not leave a will. here are only six classes of the statutory heir, each class is entitled to inherit in the following order:

(3) brothers and sisters of full blood;

(4) brothers and sisters of half-blood;

The surviving spouse is also a statutory heir, subject to the special provisions of Section 1635.

Legacy occurs when a person dies. And that person's inheritance will be passed on to the heir immediately both assets, rights, duties, and liability occurred with or due to the death of the deity. Such as the money that the beneficiary receives from the deceased's life insurance contract not considered an estate. Or benefits arising after the death of the deceased, such as interest (Considered to be the benefit of the heir)

The answer is in the case that the deity has a debt before death in an amount greater than the estate or only left the debt without any assets to the heir. The heir does not have to be responsible for paying debts beyond the inheritance that heir receives. For example, the estate of the deceased, worth 2 million baht, but the deceased has a debt of 3 million baht. Therefore, the heir must receive compensation in the amount not exceeding 2 million baht only. While the remaining 1 million baht the heirs do not have to be held responsible for being considered a debt that is unique to that person. That means If the deceased is in debt with no inheritance, heirs are not responsible for that debt. But if there is more heritage than debts, the heirs must first pay off all the debts and then share the heritage. 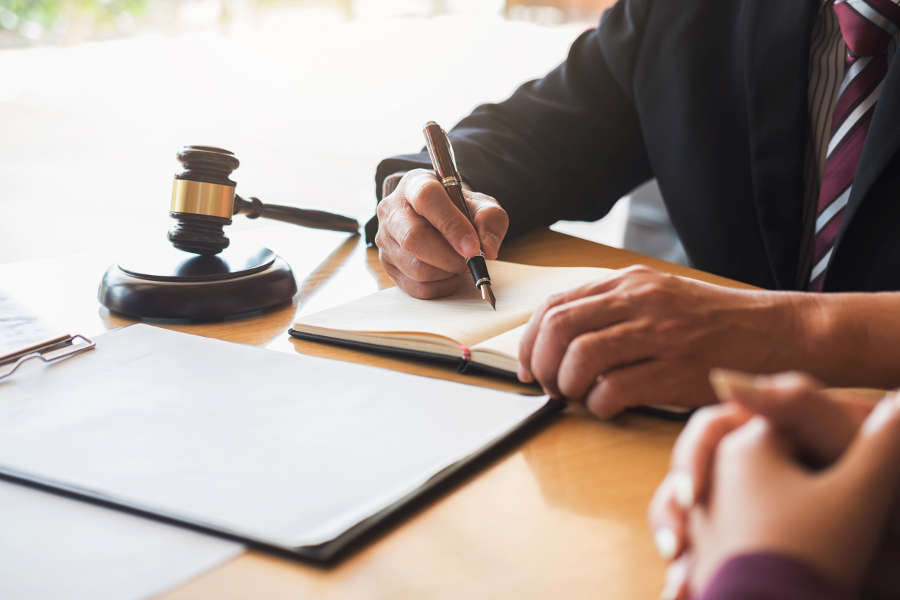 If the heir has already divided the inheritance, creditors must sue all the heirs who have been divided into an inheritance. Cannot sue only one of the heirs because each heir is responsible for the debt equal to or not exceeding the inheritance received from the estate.

If the estate has a spouse and has common liabilities which create a burden before death. The joint debt will be divided in half between the estate and spouse. The debt of the estate will be passed on to the heir immediately. (Because it is considered part of the estate)

In summary, if the deity is in debt, debt is considered an inheritance. The creditor can only limit the heir only the inheritance received. If there is more debt than that, the heir does not have to pay. The creditor of the estate must sue the heir to pay the debt within the period of 1 year from the creditors know or should know the death of the estate or within 10 years from the death of the deceased. And must sue every heir cannot sue just one person. If involved in the case of inheritance, should consult an expert lawyer.

Therefore, when inherited must understand that the burden of the deceased must also be taken. The heirs should make sure that what is included in the inheritance. Recommended that if there is a debt, it is important to tell the family or heirs, then they will pay back the creditors first and will not be a problem when the inheritance is divided.