The Relationship of Stock and Gold

The Relationship of Stock and Gold

Diversification is one of the important investment tactics that investors should take into consideration in order for the investment to be successful. As investment returns of all financial properties always have risks and uncertainty, diversification might reduce the rate of investment return, but it will also reduce risk that could come with an investment. The popular tactic is ‘Asset Allocation’ in which the risk will be placed upon different kinds of property such as cash, debt instruments, equity instruments, properties, gold and oil. This article will, thus, explain about the relationship between stock and gold to serve as a useful piece of information for investors.

Figure: The comparison of annual investment returns between stock and gold 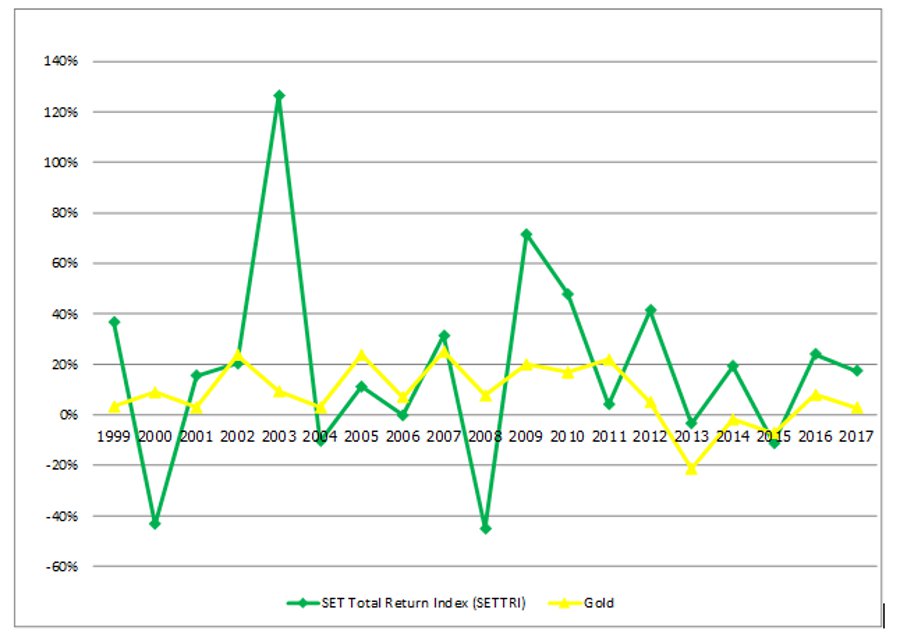 According to the above figure, the relationship of stock and gold can be deduced as following:

All in all, “the past rewards do not determine the future ones” is a saying that still works in reminding people who want to invest. Despite an inability to predict the relationship of stock and gold, diversification is still an effective tactic in investment. More importantly, investors have to always be well aware of their assets and regularly revise their investment plan to adjust tactics according to the investment goals.