Vietnam shares borders with China in the north and Laos and Cambodia in the west. With its long coastline, Vietnam is able to fully take advantage of maritime shipping. Therefore, choosing the right location for doing business will be one of the key strategies for success.  The following are the major port cities in Vietnam critical to its economy:

The capital city of Vietnam serves as the country’s administrative and economic hub.  It's also the commercial center of northern Vietnam. Located on the Red River Delta with multiple rivers flowing through it, its two ports easily connect to Hai Phong Port, while Noi Bai International Airport connects the city to the world. 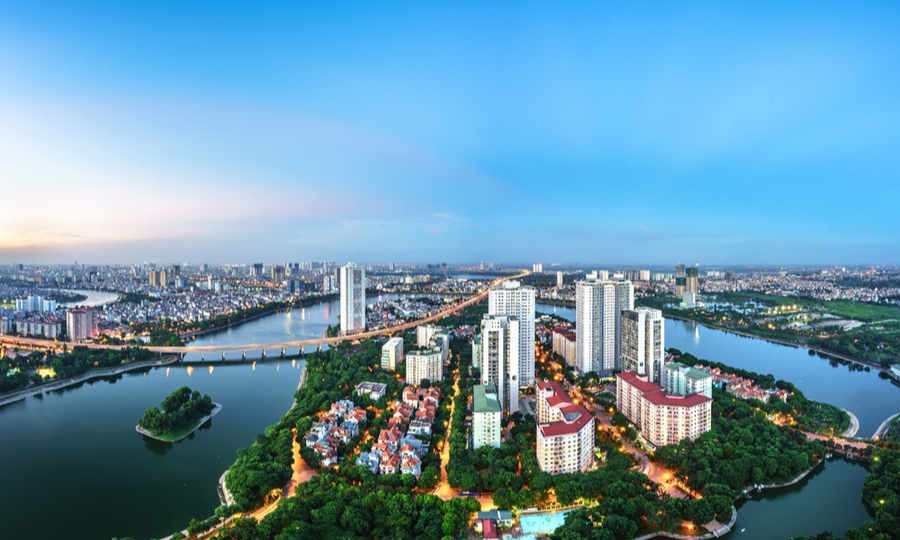 Formerly known as Saigon, Ho Chi Minh City was the former capital city of South Vietnam.  It is now a center for trade, imports & exports, and investment, as well as a hub for science, technology, communications, and international telecommunications.  Located on the Mekong Delta, the city provides easy access by car to the Cambodian border at the Bavet - Moc Bai checkpoint in about two and a half hours.  Its three industrial estates for export and eleven industrial zones are important facilities attracting foreign investment. Ho Chi Minh City is also a transportation hub.  Apart from transportation by car and train, Tan Son Nhat International Airport is a hub for both domestic and international aviation.  Saigon’s port is the country's largest, while Cat Lai Port is an important port for imports and exports, and containers.  It also features a passenger vessel wharf and about seventy-four cargo wharves along the Saigon River. 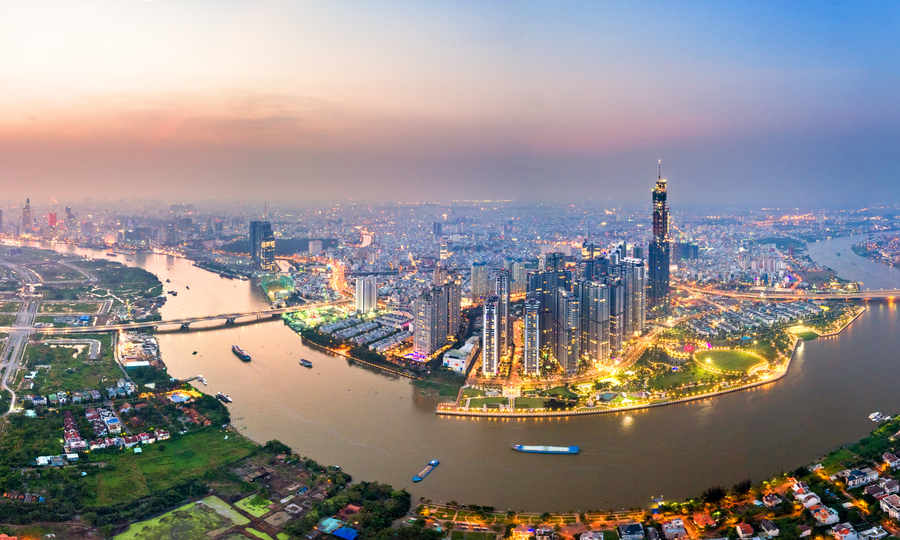 Dubbed the “Pearl City of Central Vietnam”, Danang is an important port city and resort location. Located halfway between Hanoi and Ho Chi Minh City, Da Nang is home to the Da Nang Hi-Tech Park Industrial Estate, which serves as a production base for large global companies such as Universal Alloy Corporation (UAC), a major American aerospace component manufacturer.  Da Nang enjoys a convenient location with beautiful beaches and has gained popularity as a city of industrial and service sectors, with major ports such as the new Lien Chieu cargo port. Tien Sa Pier has been renovated to accommodate cruise ships from abroad. Da Nang International Airport can directly accommodate tourists and goods from overseas locations.  Danang has been therefore been promoted as a commercial gateway or Transshipment Hub for the Mekong Sub-region and is the maritime transport hub of central Vietnam. 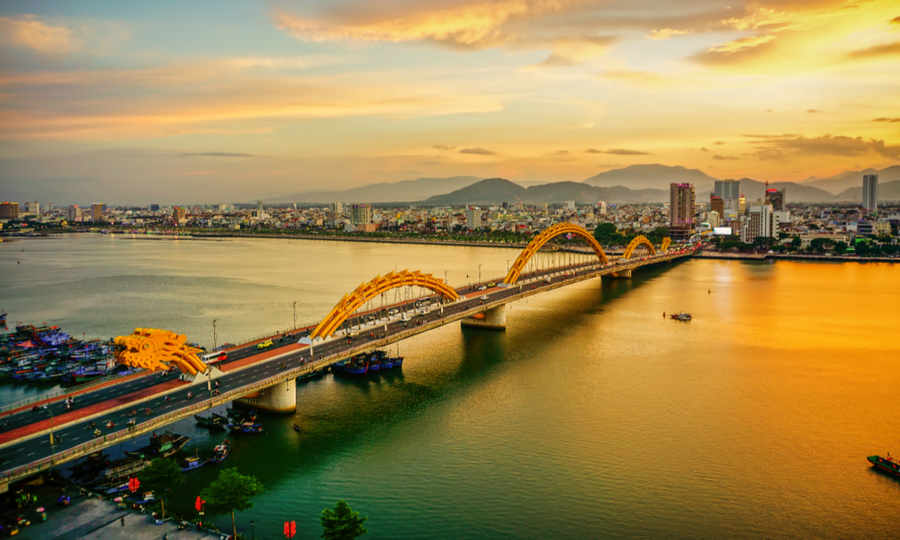 As one of Vietnam’s five largest cities, Can Tho is an important seafood processing center and the largest rice-growing area in Vietnam.  Infrastructure in the city has been developed rapidly in a bid to promote it as a smart city by 2025.  Can Tho is currently the center of river transportation in the Mekong Delta. The city features a domestic port accommodating cargo ships with a capacity of about 5,000 TEU, with express boat service to transport passengers from Can Tho to Ho Chi Minh City in four hours.  Can Tho International Airport has modern facilitates for the transportation of passengers and goods. SCB’s Economist Intelligence Center (EIC) reported in March 2020 that Can Tho was among the world’s top two cities in terms of population growth.  For many people, Can Tho is well-known as a tourist city and it is promoted as such by the government.  The Cai Rang Floating Market, a retail-wholesale market for fresh fruits and vegetables, is Vietnam's largest market for agricultural commodities. 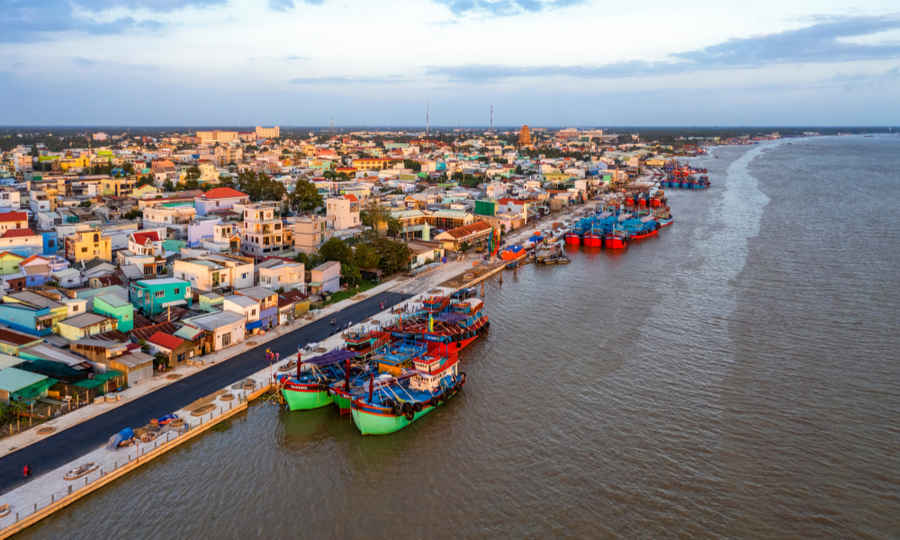 Haiphong is an important port city in northern Vietnam and a heavy industrial area, especially for the chemical, shipbuilding, and building material industries. The city has international train routes connecting it to Hanoi, Lao Cai, Hekou, and Kunming, which is the only railway connection to China's Yunnan province.  This railway ranks second in the country after the Hanoi-Ho Chi Minh route in terms of the efficiency of its passenger and cargo transportation.  Apart from Hai Phong Port and Cat Bi Airport, the new Lach Huyen deep seaport was opened in May 2018.  Today, northern Vietnam has become a manufacturing hub for electronics, automobiles, and manufacturing equipment.  The Deep C Industrial Zone located near the Lach Huyen deep seaport has attracted more than 80 companies, both domestic and foreign.  Japanese conglomerate groups believe that the Deep C Industrial Zone will benefit greatly from the port, especially for the convenience of importing/exporting goods. 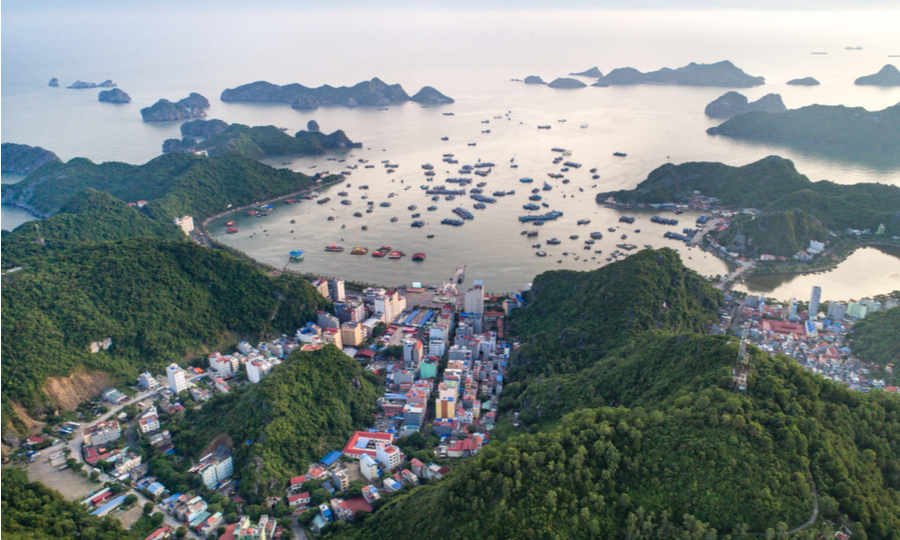