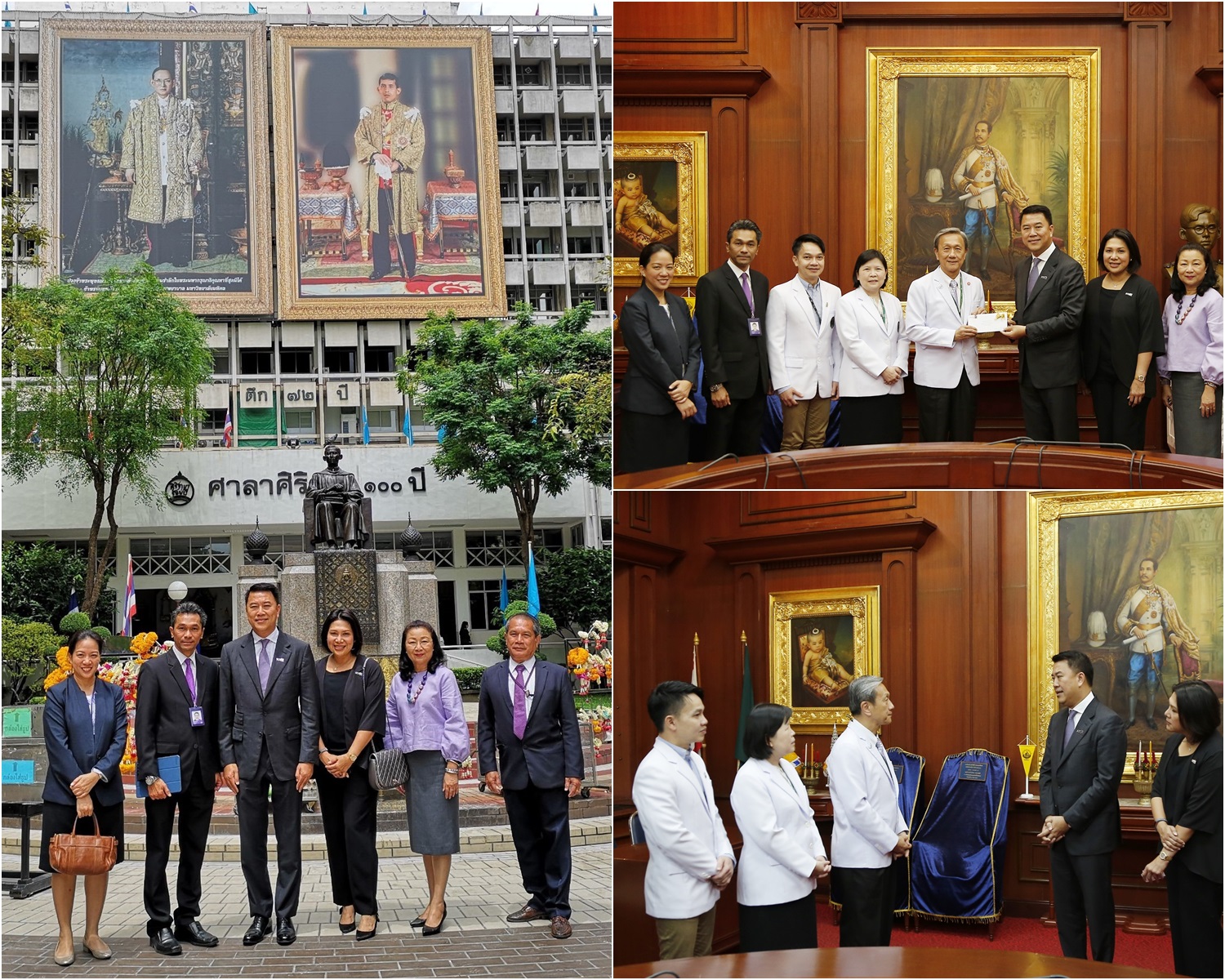 Siam Commercial Bank, represented by President and CEO Khun Arthid Nanthawithaya, presented a 1 million baht donation to the Siriraj Foundation. The donation was received by Professor Dr. Prasit Wattanapa, Dean of the Faculty of Medicine, Siriraj Hospital. The donation will be used to support the construction of the 84th Year Nawamindhra Bopitr Building on the occasion of Prince Mahidol Day. Proceeds will be used to develop a center of excellence for the hospital’s out-patients, and will equipped with world-class modernized facilities to better accommodate patients.

The name “84th Year Nawamindhra Bopitr Building” was graciously bestowed by the late His Majesty King Bhumibhol Adulyadej, meaning a building to celebrate the Great King Rama IX on the occasion of his 84th birthday anniversary. It features a 25-floor building divided primarily into 3 sections, comprising out-patient service, in-patient service, and an operation lab/special examination room.

Donations for the 84th Year Nawamindhra Bopitr Building and support for underprivileged patients can be made through the following SCB channels: 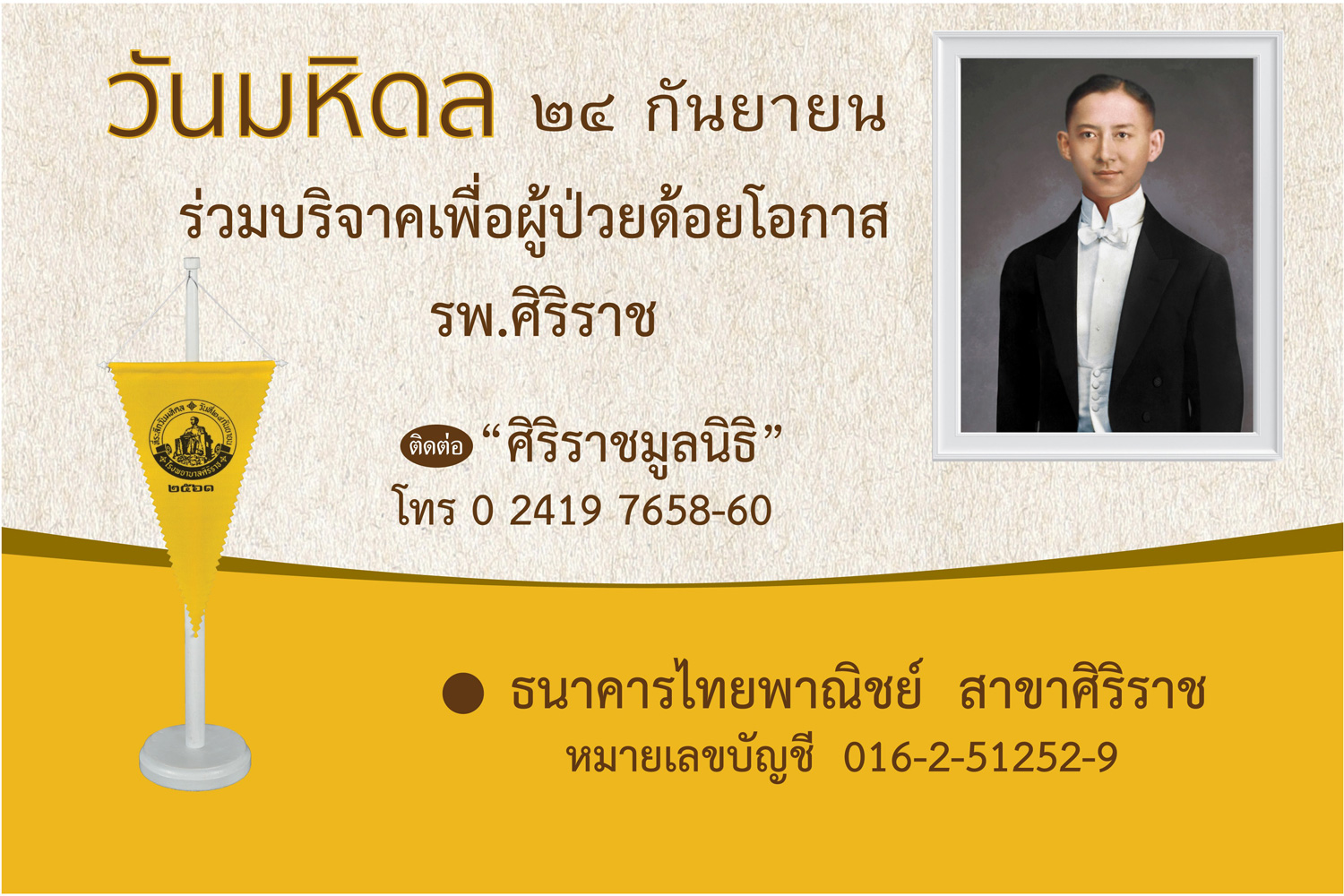