SCB, Let’s Do Good: “Love Us, Love Earth, Plant Trees out of Loyalty on the King’s Birthday Anniversary” activity

To honor His Majesty King Maha Vajiralongkorn on the auspicious occasion of his birthday anniversary on July 28, 2019, Siam Commercial Bank led a team of more than 60 executives and staff from the Procurement Management Function in holding an SCB, Let’s Do Good: “Love Us, Love Earth, Plant Trees out of Loyalty on the King’s Birthday Anniversary” activity at Samran Wittaya School. The school is located at Khung Bangkachao, Prapadaeng District, Samut Prakarn Province. More than 120 teachers, schoolchildren, and community members in Bank Koa Bua Sub-district participated.

The activity, which was conducted to promote school and youth development and boost a volunteer spirit among bank staff, covered green area development, youth development, and garbage elimination. The bank’s volunteer staff collaborated with community members in holding a “Planting Trees in Expression of Loyalty” activity in land plots supported by the bank, and included the planting of Cassia, Iron Wood (Takian), White Meranti, and Burma Padauk trees. Activities aimed at promoting learning and boosting development among schoolchildren were also conducted, such as Brain Gym, story telling for kindergarteners, and how to sort out garbage and eliminate it properly through a Bingo Game which offers a knowledge and problem-solving approach to primary schoolchildren at Level 1-6 as part of a campaign to encourage them to reduce and get ride of garbage properly. This activity provides further evidence of the bank’s staff volunteering to take part in social responsibility activities in a constructive and praise-worthy manner. 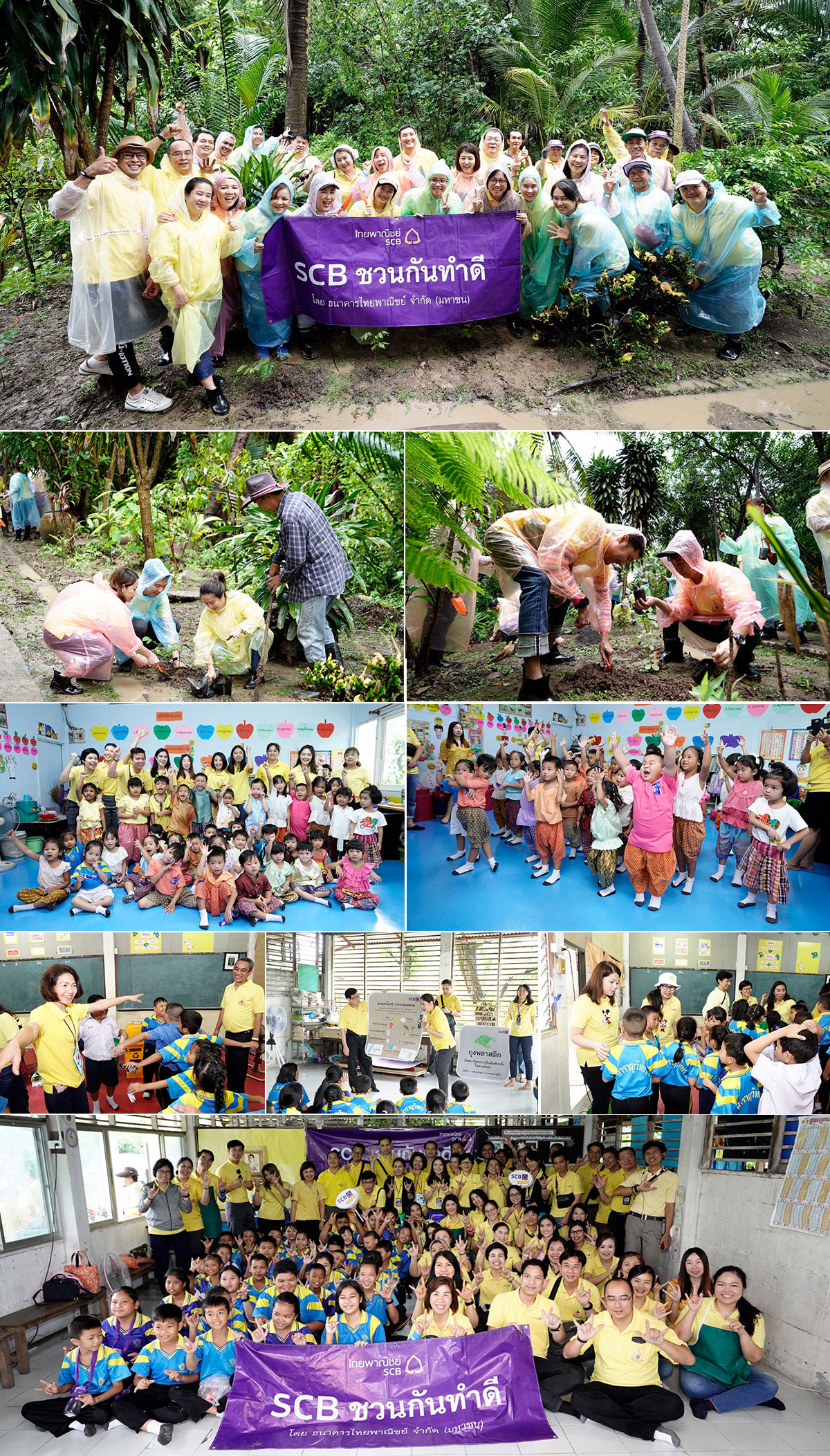