The City of Two Rivers, Phitsanulok

The City of Two Rivers, Phitsanulok

Phitsanulok has a long history since Khmer era, which is a province that can be called “Muaeng Song Kwae” which means the city of two rivers because there are 2 rivers which are Nan River and Kwae Noi River flowing through the city. But Kwae Noi River has changed the direction to flow far from the city. Also, the old town location was 5 kilometers south of the city. (currently is Wat Chula Mani location).


During King Borommatrailokkanat period, he built a new town between Mueang Song Kwae and Chainat, then called it “Phitsanulok Song Kwae”. This is supposed to be the capital town together with Ayutthaya. It has played a major role in blocking the invasion of Burmese troops, economic, religion and art center which you can see many historical arts from Ayutthaya period. This is the golden era of Muaeng Song Kwae or Phitsanulok.

Now, Phitsanulok is still an important city because it is the trading center of the lower northern Thailand. And the transportation to Phitsanulok is very convenient whether by plane, train, and car. Phitsanulok is rich in historical, cultural and natural attractions which can go travelling all year round. 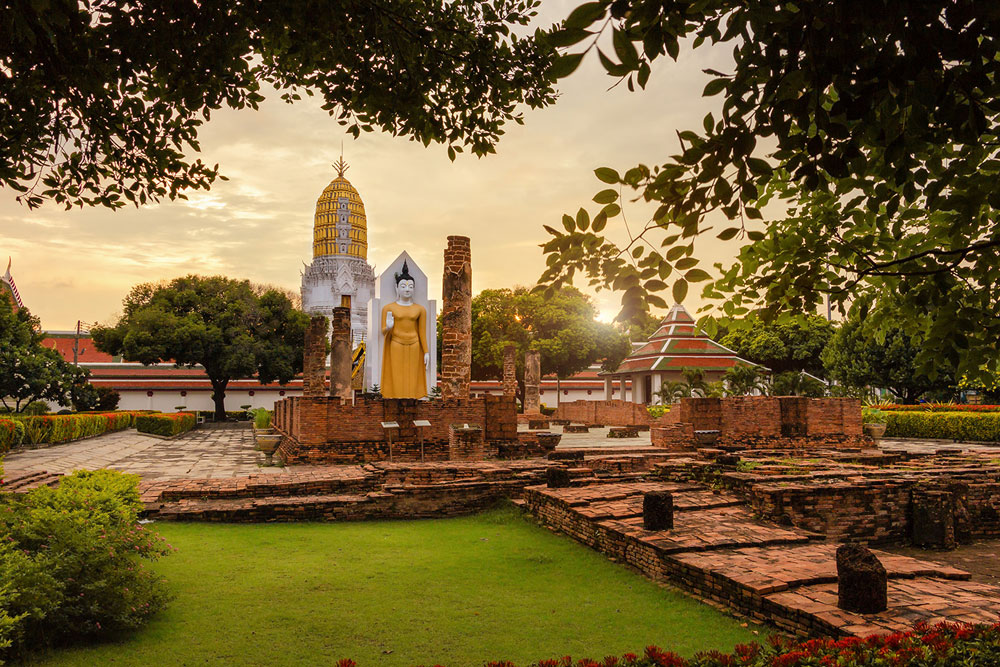 Wat Phra Si Rattana Mahathat, known among the locals as "Wat Yai", a beautiful temple on the side of the main river. The temple is very famous because of its bronze-casted buddha image called Phra Phuttha Chinnarat, which is considered by some Thais to be the most beautiful attitude of subduing Mara buddha image in the country. Phra Phuttha Chinnarat is the sacred place since the Sukhothai and a valued heritage art of Phitsanulok. 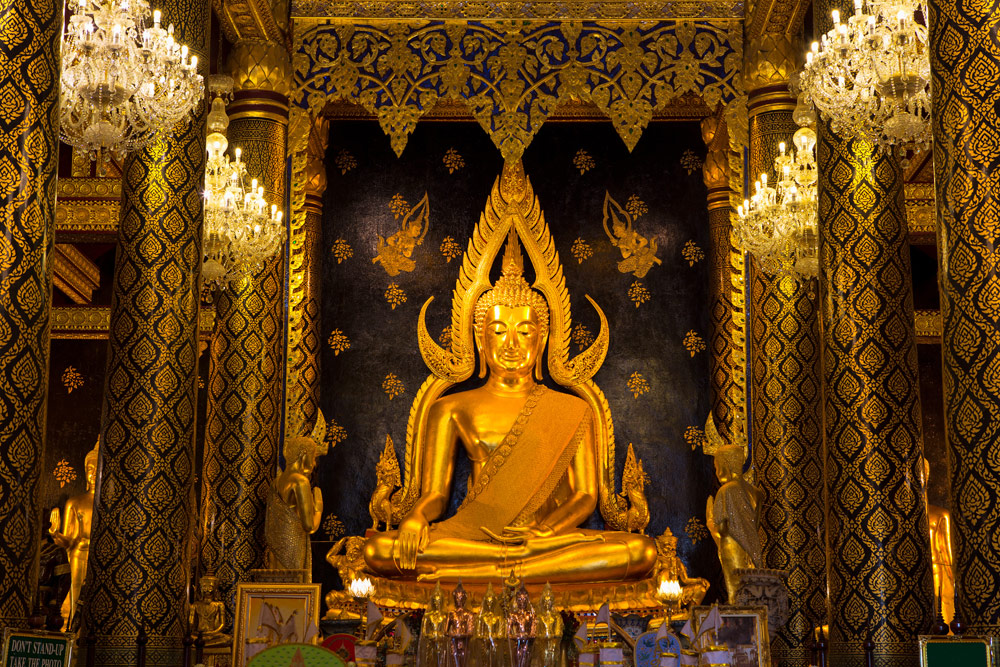 Other interesting than Phra Phuttha Chinnarat, there are many Buddha statues inside. Or if you want to take a tour around Phitsanulok city with an old tram since King Rama V. There are city-tour-trams inside the temple. It passes many historical places such as Wat Yai, Chom Nan garden which has Chao Pae museum inside, train station with an old locomotive, the city clock tower, Ekatodsaros bridge, Phraya Chakri statue, the city wall with canal, the city main hall, Vibharn Thong temple, A-sae Woonki slope and The Shrine of King Naresuan the Great. It takes around 40 minutes and daily operated.

The Shrine of King Naresuan the Great

The Shrine of King Naresuan the Great is a scared place in Phitsanulok, located near the old Phitsanulok Pitthaya school and now has returned to Wang Chan Palace. The outside of the shrine looks like a white ancient Thai pavilion. Inside, there is the statue of the sitting and pouring water from Subhanpingkarn King Naresuan the Great for liberating Thailand from the Burmese occupation which was completed in 1861. 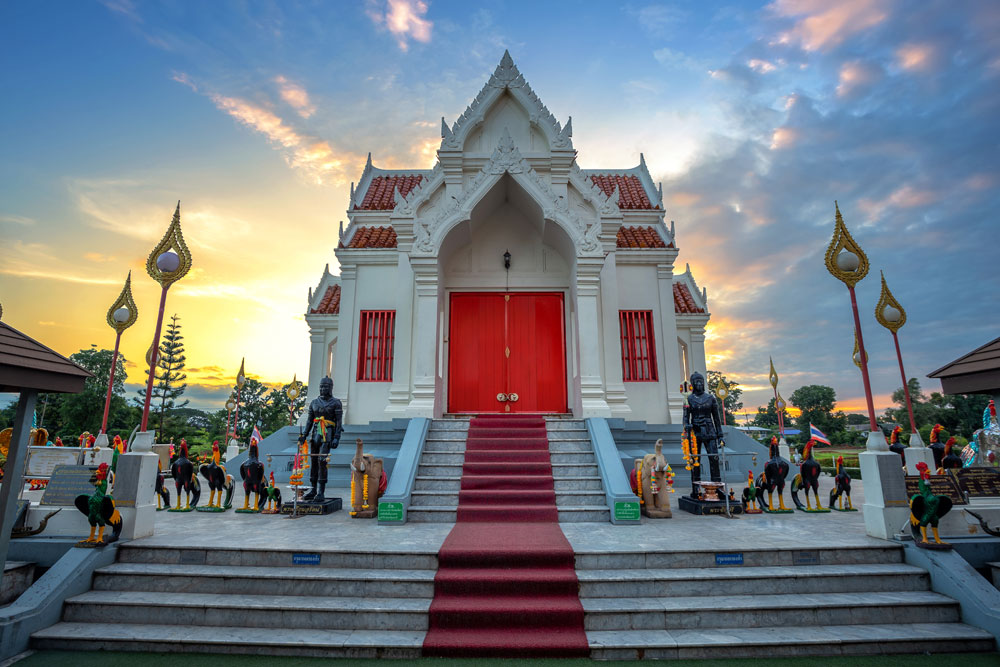 King Naresuan the Great or was called “Phra Ong Dum” was born and raised in Wang Chan Palace, Mueang Song Kwae or currently Phitsanulok. He was the one who command the troops to liberate Thailand from the Burmese occupation in Ayutthaya reign.

Noen Maprang is a small district far from Phitsanulok town around 68 km. This place is getting more interest from tourist. There are many interesting places from historical sites to cultural attractions and over-300-million-year-old limestone, forest, and a chilled weather all year long which is called “Gui Lin of the North”. Also, you can see a slow lifestyle of local people. There are 3 main attractive places in the area which are as below, 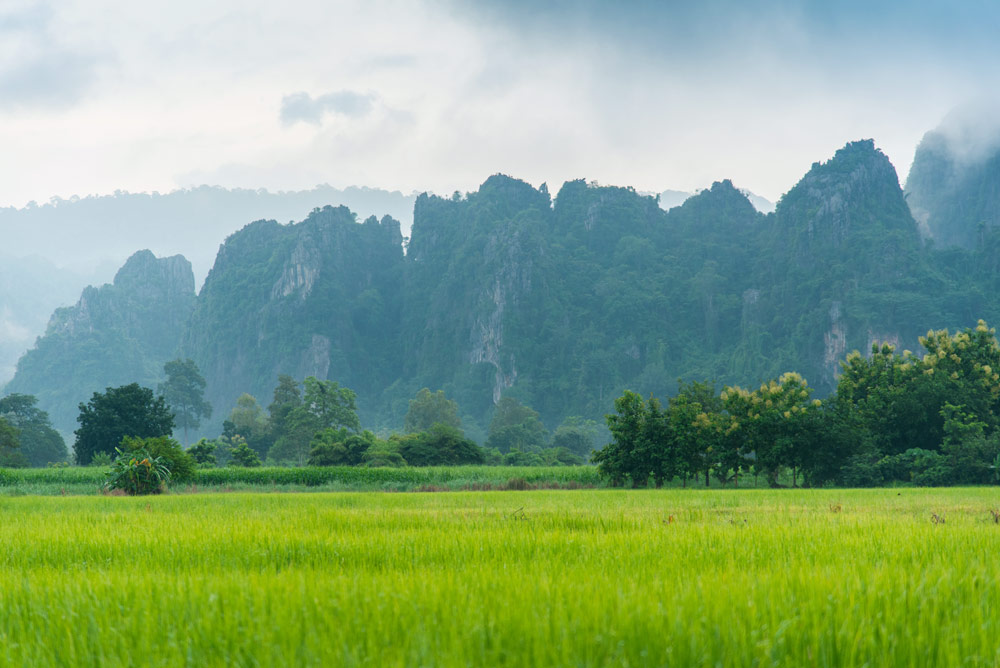 If you are an adventure-lover, this is one activity that you will not miss, Khek River rafting. The last activity of water-adventure-lover. Khek river is one of the exiting rafting places in Thailand. There is a Khek River rafting festival every year, in a rainy season (between July – October) because there will be enough water to let the boat flow without crash any rocks. Khek river is flown from Phetchabun Mountains and flows through Wang Thong districts, along with the main road number 12 (Phitsanulok – Lomsak). The rafting distance is 8 km which takes about 2 hrs. There are 17 rapids, but the highlights are Kaeng Yao, Kaeng Chang, and Kaeng Nangkoi. These are the most exciting rapid. If you want to try, you can find an accommodation at Wang Thong district.

For more information, you can contact Thailand Authority of Tourism (Phitsanulok branch); Tel: 055-252-742-3

For a nature lover, a must-go place is Thung Salaeng Luang National Park. This place is a Thailand savannah grassland terrain and is the third largest area of Thailand national park. It covers 2 provinces which are Phitsanulok and Phetchabun. The name came from one of the tree species in this national park which is Salaeng Jai tree. This national park has a very plentiful of tree species and wildlife. It is suited for relaxing, refreshing and mind detox.

The highlight is a savannah, a pine forest, and a varied of beautiful flora. Moreover, there is a suspension bridge, Kaeng Wang Namyen, Thung Nang Paya, and Thung Non-son which are an attractive place in the same national park. The recommended season for travelling is winter (November – February) and a rainy season (June – October). These periods weather is chilled. In the camping area, you can see the panorama view of a savannah and there is an accommodation which provided by the national park. Travelling here and just watch the sunrise with a foggy sea is worthwhile.

Namtok Chat Trakan National Park is the location for Chat Trakan Waterfall, also known as Pakrong Waterfall. Because it is located at Pakrong village which is created from nature. It has seven levels which each name is rhymed with the others and each name is from Thai local literature; Sang Thong which are Maliwan, Kanika, Karagafe, Yeesoonted, Kedmueang, Ruengyos, Rojana. Each level has their own beautiful, but the most beautiful level is the 4th which has a slowly drop and wide waterfall. Actually, there is water around the year, but the most beautiful time is in the rainy season which will be opened only November to May. 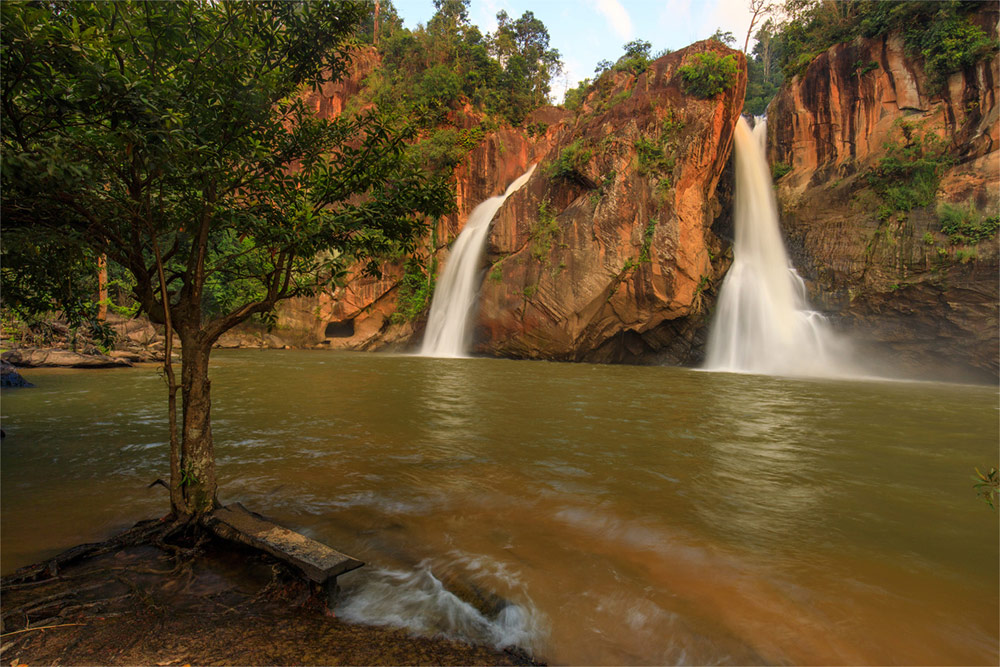 Inside the Namtok Chat Trakan National Park, there are many other attractive places such as Pha Daeng, which is a viewpoint for sightseeing around the forest and local villages, Pha Kradarn, which possesses prehistoric art works, Namtok Najarn, Nammood cave, and Kar cave. Along the way inside the national park, there is a plentiful of green forest to walk around. There is an accommodation for tourist or if you want to camp, there is a wide designated area for camping.

If you look closely, there are many interesting places in Phitsanulok whether you are a-temple-person, or adventure-lover, or nature-lover. It is the place you should visit once, and you will discover there are many things to do.