CBEC, A Gold Mine for Thai SME

CBEC, A Gold Mine for Thai SME

China is one of the top world’s market that attracts business from countries all over the world. Especially, in recent years, Chinese people’s buying power is increasing and this increases chances for people to do business in the Chinese market. Cross-Border E-Commerce or CBEC, in short, is another business channel that is growing tremendously and has high sales volume. 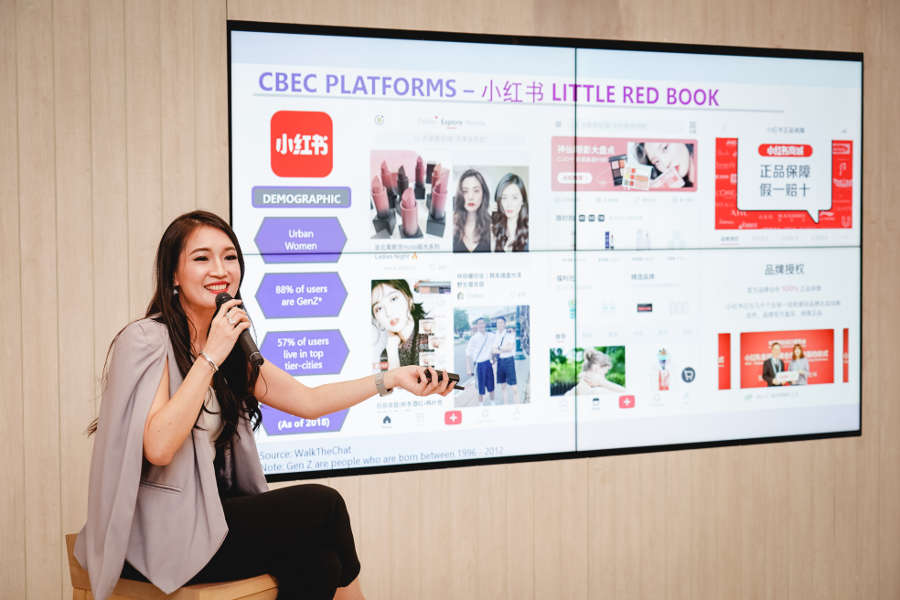 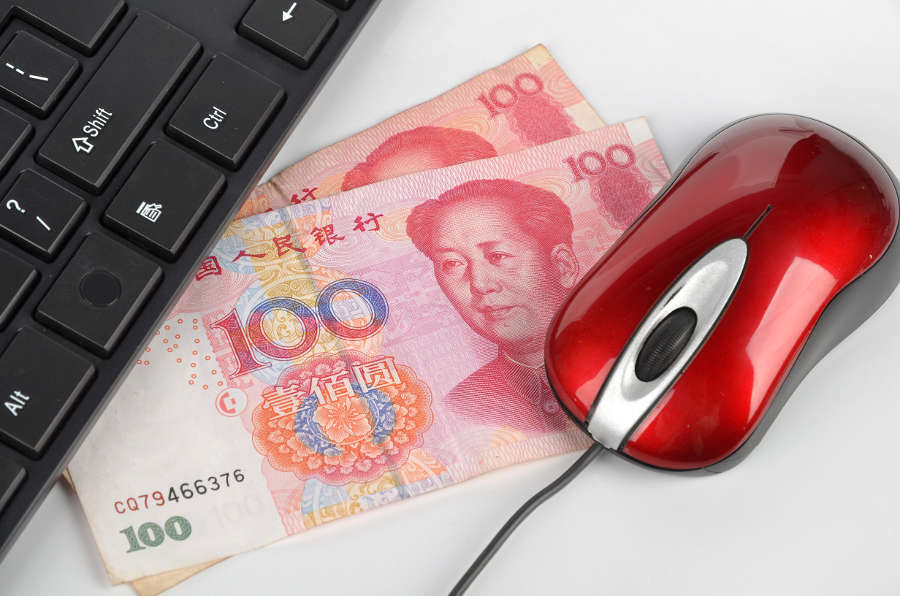 Access to the internet is the basis of E-Commerce market. According to the data collected in 2018, 60% of 1.42 billion Chinese residents have an access to the internet, which is equivalent to 829 million people, with 98.6% of internet access through mobile phones. Thus, it can be said that China is a Mobile-First Country. In this quantity of mobile phone users, 80% uses for social media, 70% uses online chatting and 610 million people are E-Commerce online purchasers with annual sales of 1.13 trillion US dollars in 2018. This is 52% of the world’s E-Commerce market. It is expected that Chinese E-Commerce consumers will increase 30-40% in 2-3 years and 610 million E-Commerce customers are only equivalent to 17.5% of the Chinese retail market. This shows that the Chinese online market is still growing and according to the same information, there are Chinese consumers that like travel and buy online goods from overseas and up to 150 million people are CBEC customers. 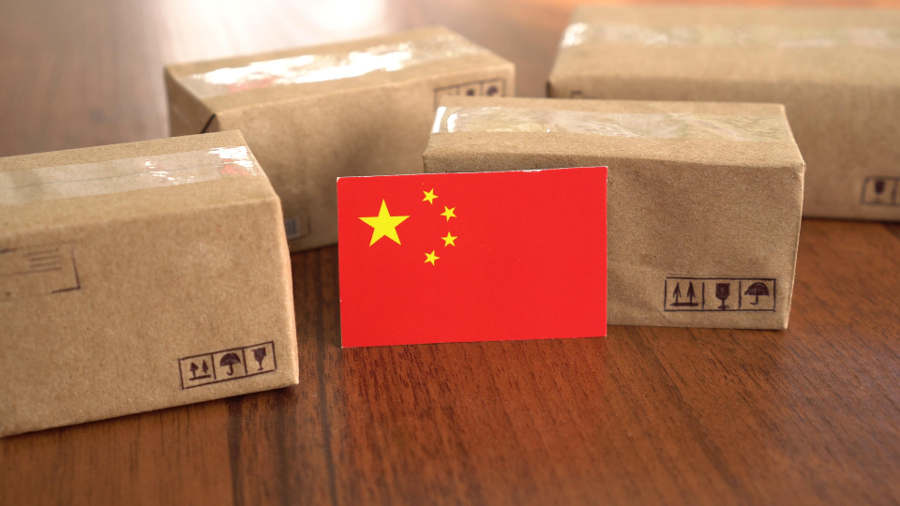 Normal Trade VS CBEC, which should we go for?

There are 2 methods of importing goods into China, namely are Normal Trade and CBEC. Normal Trade will be divided into Offline (sell in original retail stores) and Online (B2B, B2C and C2C through Chinese websites such as Alibaba.com, TMall.com, Taobao.com etc.). On the other hand, CBEC is divided into online sales B2C and C2C through a Comprehensive Platform (single platform with a variety of goods) and Vertical Platform (Niche Market Platform).

As for the question on the differences of the online platform of Normal Trade and CBEC, the answer lies in the rules that are more lenient on CBEC. For example, Important Licencing, Chinese Label approval application as well as the differences in tax rates (import duties, consumption tax, VAT, etc.). Also, there is an annual purchase limitation in Chinese CBEC (each not exceeding 5 000 RMB per order or 26 000 RMB per year). Therefore, entrepreneurs have to consider thoroughly on various factors to choose the most suitable platform to import goods into China. 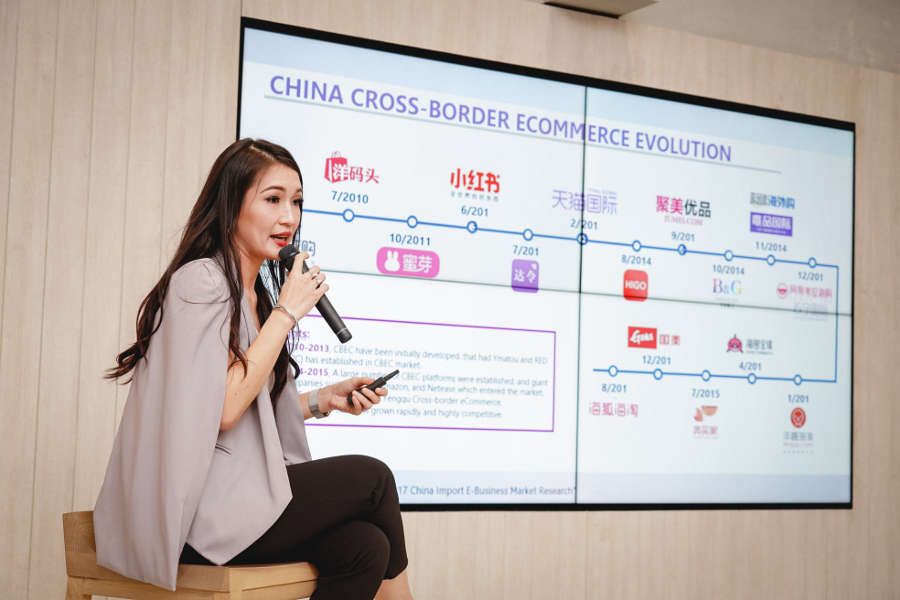 Let us get to know about Chinese CBEC Market

CBEC market was established since 2007 in a form of C2C sale, imported goods by the sellers themselves (known as “Daigo” in Chinese), on Chinese website until there is a big change in 2013 that TMall Global stepped into the market and a tremendous change in 2016 that the number of imported goods in CBEC market was started to gradually increase. Moreover, it is expected that, in 2020, the value of CBEC imported goods will be half of the value of all imported goods from China. Apart from that, in the CBEC market, the ratio of sales through the B2C platform is gradually higher than C2C. This is because the Chinese government seriously opposes Daigo and Chinese consumers are afraid of frauds and thus, it is more popular for consumers to purchase goods through the B2C platform which guarantees genuineness. 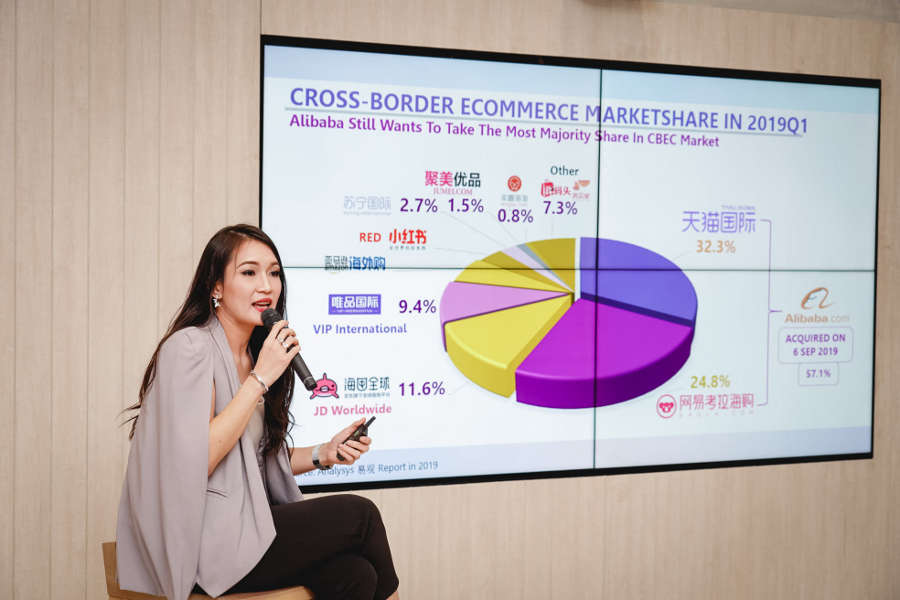 What are the components of Chinese CBEC? How do they share the market?

For the first quarter of 2019, Alibaba.com, found by Jack Ma, ruled 57.1% of the market with 2 platforms –Tmall Global (32.3%) and Koala.com (24.8%), followed by JD Worldwide that gets 11.6%, 9.4% for VIP International, etc. As the Chinese market is gigantic, every platform will have its own targeted consumers. For example, Koala.com has 27 million customers that are active users. It targets on high-end, high consuming power customers that desire genuine branded goods with high quality. Targeted customers will be working individuals age 20-45 years old. On the other hand, RED (an abbreviation of Little Red Book or Xiaohongshu) is a social platform similar to Instagram and is equipped with a function that imported goods on sale are genuine. It has 30 million customers that are active users. It targets urban women in which 88% is Gen Z and 57% reside in big cities that are called top tier cities. Chinese CBEC market will divide Customer Target Segment according to different tiers such as Super 1st Tier which consists of 4 cities namely: Beijing, Shanghai, Guangzhou, and Shenzhen. There are 15 cities under New Tier 1 such as Chengdu, Hangzhou, Wuhan, Chongqing, Nanjing, etc. 30 cities under Tier 2 such as Xiamen, Fuzhou, Wuxi, Kunming, Harbin, etc. and 70 cities under Tier 3 such as Weifang, Yangzhou, Guilin, Shanya, etc. In which, each group is different in tastes of demands and online platforms. From this, Pimkwan pointed out that the top 10 Chinese travelers who visit Thailand for holidays mostly come from Super 1st Tier and New tier 1.

What should be sold to the Chinese E-Commerce market?

According to the survey from consumer groups in CBEC, almost 50% thinks that goods from overseas will improve their standard of living in term of quality goods. Imported goods will meet their demands on safety, hygiene, and satisfaction. This reflects on the top list of popular imported goods on CBEC which are none other than cosmetics, personal care, healthcare products, and supplements as well as mother and baby products. All these products have to be directly contacted with skin, consumed into the body, and have a direct effect on health. Product Quality, thus, comes as the first factor that brings satisfaction to CBEC customers, followed by After-sales Services and Payment Convenience respectively. Nowadays, China is a Mobile-First Country and more than 83% of Chinese consumers make payments via mobile phones through several platforms which are WeChat Pay, Alipay, UnionPay, JDPay.com etc. 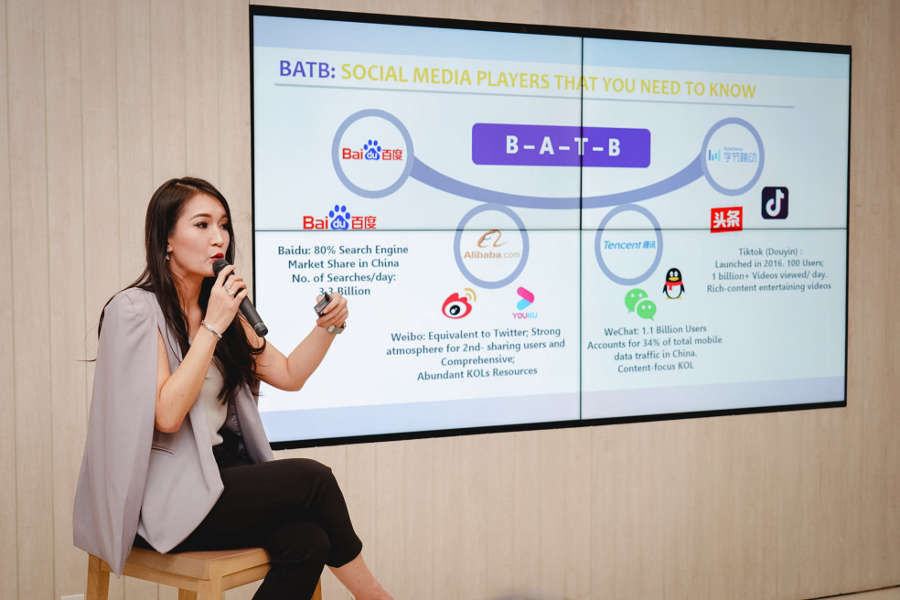 Social Media is an important tool for Chinese CBEC because it creates visibility and reliability of products in the eyes of Chinese consumers. However, do not forget that China has her own social media and these platforms are operated in the Chinese language. Nevertheless, Pimkwan, SCB Chinese Business Specialist, suggested an easy formula to important Chinese social media platforms, “B-A-T-B”. The first ‘B’ stands for Baidu, a search engine that 80% of Chinese use, and there are 3.3 billion searches per day. ‘A’ stands for Alibaba.com, an owner of Weibo which is a Chinese version of Twitter and Youku, a Chinese Youtube which gathers Chinese influencers altogether. ‘T’ is for Tencent, an owner of WeChat which is a popular online chat platform in China with 1.1 billion user accounts. Last but not the least, the last ‘B’ for ByteDance, an owner of the short video platform, Tiktok, which has 1 billion views per day. A summary of the secret to Chinese CBEC

SCB has summarised ways to Chinese CBEC into 4 points which are: 1) understand the market and target group to decide the most suitable platform/strategy, 2) CBEC is a platform for an international competition that one will have to compete with Japanese, Korean, American branded goods, 3) Chinese CBEC consumers are looking for genuine, safe and good quality products, 4) the right platform to present identity and positive rumors on an online platform is important, thus, the budget for the digital market must be ever ready.

The Chinese consumer market, right now, can be compared to the attractive lady that is desired by many men which are also hard to win her heart overdue to the fast-changing nature of consumers. However, careful preparation will open the opportunity for the products to make their way into the heart of the consumers in no time.